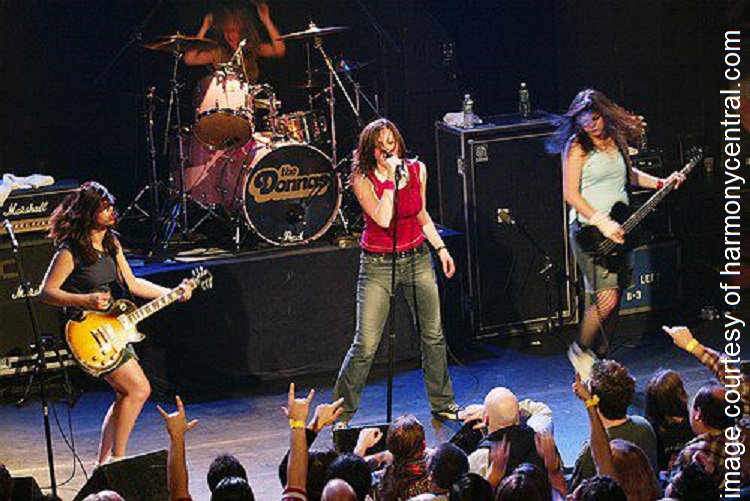 chris and i used to play a misheard lyric medley when we were the subs. we got the idea from a book by gavin edwards, ‘Scuse Me While I Kiss This Guy: And Other Misheard Lyrics. the book’s title is sort of from purple haze by jimi hendrix. the actual line is ‘scuse me while i kiss the sky. the book is full of songs that someone got wrong, but sang anyway. here’s a medley full of lyrics that have been mistaken for phrases like:
alex the seal
as if i’d never noticed the way she brushed her and farted
i’m a poolhall ace with every step you take
sunday monkey won’t play piano song, play piano song

No Pirate’s Life For Me 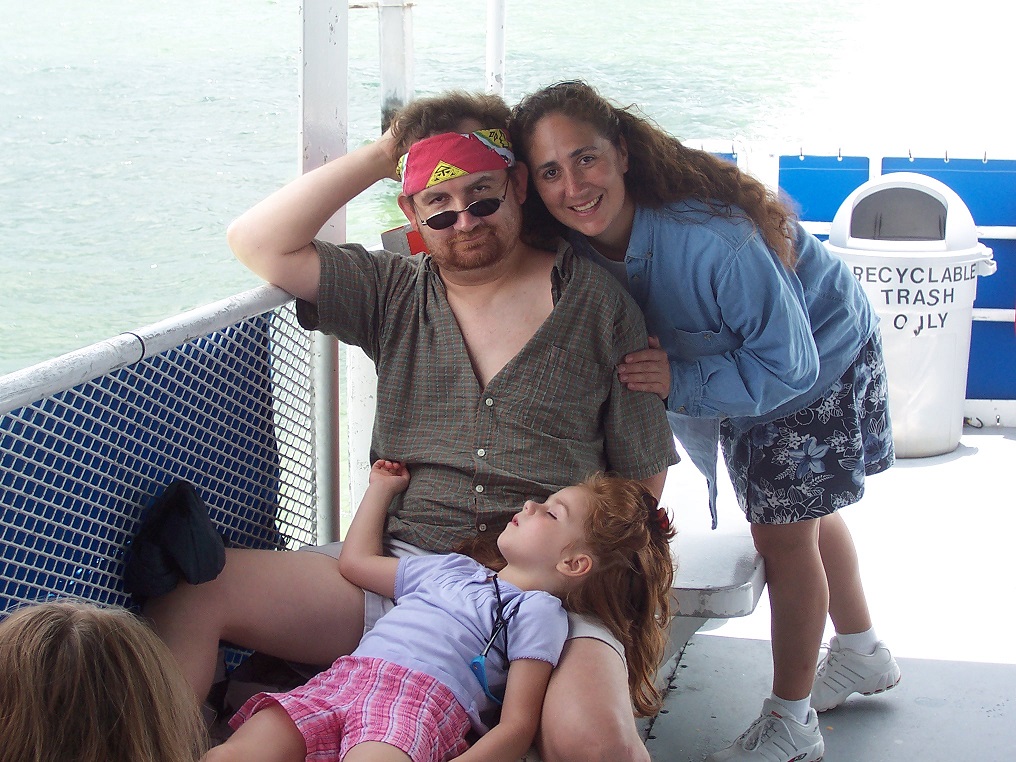 old hard drives are like old shoeboxes full of photos, you find yourself looking at a bunch of them before you stop. i found this one from one of our trips to see my sister’s family when they lived in florida. darla took out us out on a glass bottom boat, but winds were high & the waters were choppy. marylynn & i got pretty seasick. we were the least nauseous in the stern because the bow was bouncing most of the time. even though we were breathing in diesel fumes, i could keep my lunch down back there. growing up in smoggy southern california has its advantages. 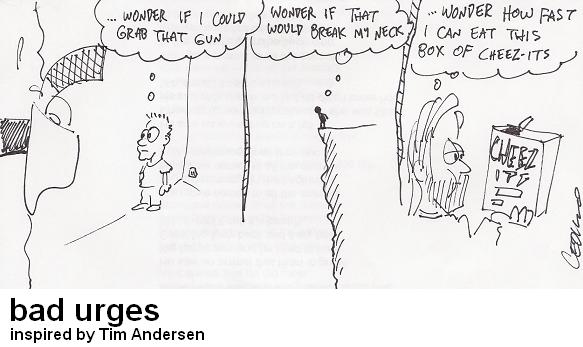 i was going through cartoons from 10 years ago when i found this one on an old hard drive. tim andersen is my webserver host guy. we must have been talking about how fast he could eat an entire box of cheez-its.

Another Blog, Another Time

there is a homer’s blog archive with over 650 posts from yours truly. i made regular entries from 2010 – 2015, and hardly anyone read them. the homer’s blog was sort of like a critically acclaimed TV show that no one watched– even though it had its moments, and was actually good sometimes. so cue the memory harps, let your mind go fuzzy… then re-focus… and read a post from
december 16, 2010

The Night I Followed My Nose
ok… this is kinda random… but it DOES have something to do with coffee. 20 years ago, jenny and i lived in downtown Kansas City, MO… 8th and walnut to be exact. there used to be a banner on the side of the apartment complex that read “if you lived here, you’d be home by now.” we thought that was a cool promotion and moved in. my friend chris mull let us borrow his TV (we only had a stereo at the time), and he visited us often. one night after jenny was asleep, chris and i got out, bounced a tennis ball off the sides of parking garages, and explored the neighborhood. after awhile we were overwhelmed by the strong smell of coffee, and literally started walking in the direction it was coming from. we stepped over alot of broken glass, and wondered if we would get blamed for it, but we never saw any police. eventually we found the source of the coffee smell. it was coming out of a building where a certain brand of coffee is made. since that time i realize that there are MANY different coffee smells, even though i can only think of three right now… the memory of that industrial coffee smell will always be tied to meandering the empty streets of KC, while avoiding broken glass.

last night i tuned in the retro cocktail hour for dinner music. as i was making this post, i did a quick search to check the last time i wrote about my favorite space age bachelor pad music show– it was about this same time last year! i guess my life has cycles & patterns like everyone else. the playlist i listened to had a crime jazz theme. here’s a 3 minute peek into that seedy underworld. 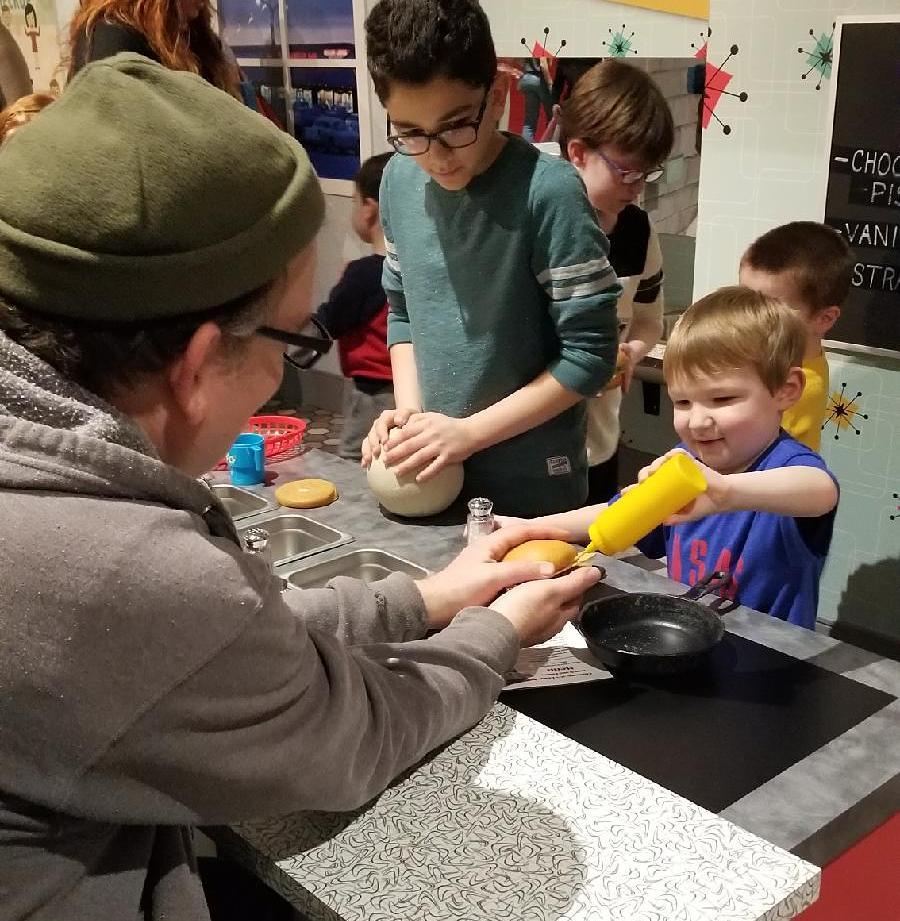 i went w/christy to the johnson county museum after work today. admission was free, and her son ben pretended to wait on me at the kidscape diner. it’s a cool looking retro counter with fake fast food & cooking utensils. i asked him for more mustard on my  plastic burger, and when he squeezed the bottle, a little piece of yellow rope came out. 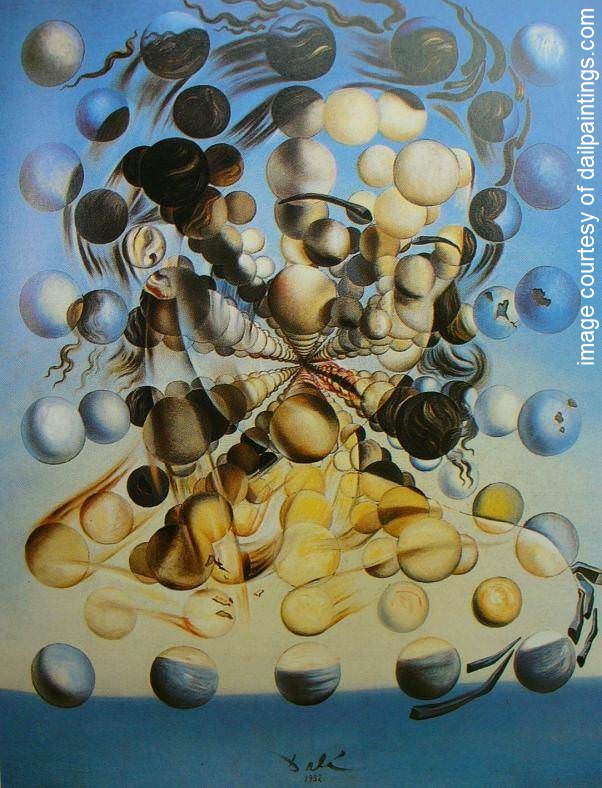 i discovered salvador dali & surreal art in high school, but it really made an impact on me in college. one late afternoon i was getting drowsy in the freshman dorms. at the same time i was looking through a book of salvador dali’s art & listening to iron butterfly’s 17 minute song, in a gadda da vida. my friend ron made the observation, “dave, you’re either going to go insane, or solve all the world’s problems.” the jury is still out on which one happened. in the meantime, here’s something we can all enjoy– the surrealist compliment generator. if you click on the link, you’ll see such things as:
“Your entrance is ever a segue to endless lands of derision.”
“His majesty’s caravan is as compelling as your temper.”
“You ever remind me of the enigma of postage not sent.”
“Your soul contains all that is found in insects, pigs and vermin.”

From The Bowels Of The Earth 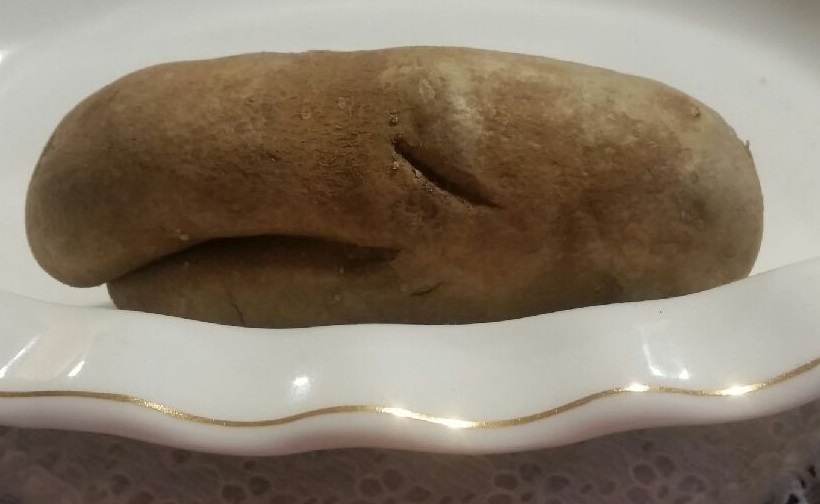 last sunday mom texted this pic and asked “what does this look like to you? besides the potato it is?” it was a group text so one person said:
i see an eye and a mouth
then i wrote:
“jenny says it’s a whale, but i think it looks like a dead bird’s head”
the day before mom sent the potato/whale/bird pic, i found a book & record that reached out from the past–

…and fresh from their tour of american waterfronts, here’s the wellingtons!

yesterday i posted a bowling score math challenge to see if anyone else could remember how to figure out strikes and spares in a bowling game. personally i had to go to the desert and contact harrison ford, my spirit guide. first of all you have to know: when a strike is bowled, the bowler is awarded the score of 10 (for knocking down all ten pins), plus he gets to add the total of his next two rolls to that frame. AND THEN for a spare, the bowler gets the 10, plus the total number of pins knocked down on the next roll only. soooo with that bit of information, here are the correct scores in green–

and for those poor saps who don’t have an atari 2600 bowling cartridge to check your math, here is a link you can use. 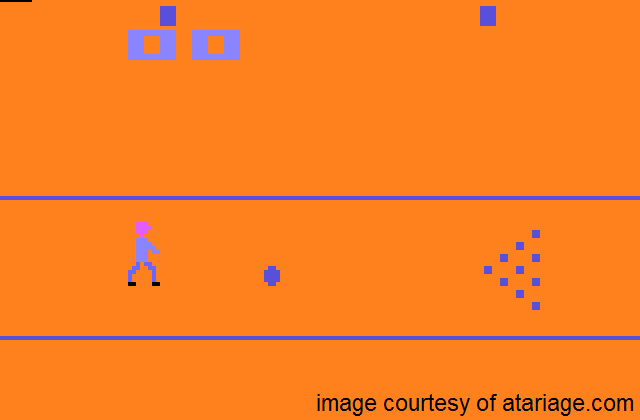 bowling in the 21st century means that no one has to figure out how to add the bonus pins for strikes and spares. in today’s bowling alley the numbers are up on a screen. a computer program keeps score & figures out the bonus pins. well i remember a time before computers ruled the world. someone HAD to know that weird bowling math when a strike or a spare was rolled. a few nights ago i threw caution to the wind, cleared my head, and revisited bowling score math. it took some googling, and a bowling score sheet that i printed from here. by the 8th game on my atari 2600– i figured it out! ok… can you tally the score in the frames below?