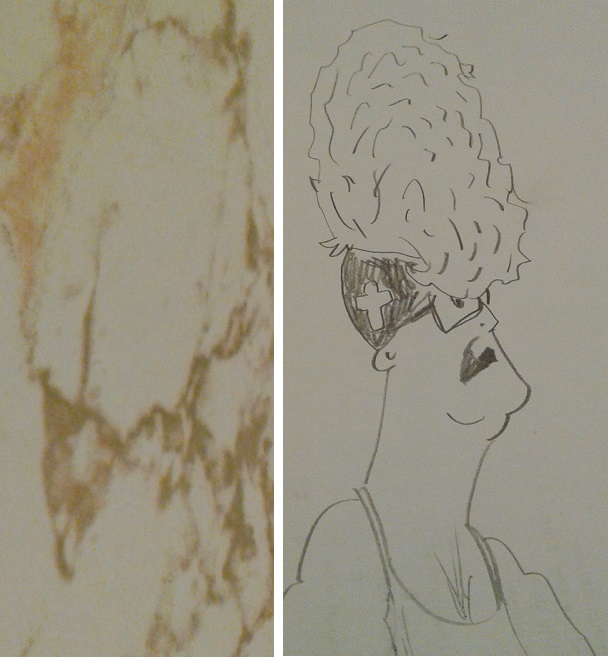 #2 in the Faces in Formica series features Mo Neck or Stretch Pomp or any other name that emphasizes elongation. For this one I imagined a guy on a high school basketball team. The team is on a losing streak. This guy has just flung the ball at the basket from the other end of the court. The buzzer goes off while the ball is in the air. He doesn’t even come close to making the goal. Fans groan and someone takes a picture of him staring in disbelief at the missed shot.

For Wednesday night Lenten services there’s no need for an expensive camera or a fancy tripod when there’s a decent smartphone and a circuit board holder nearby. Art had the smartphone, I had the circuit board holder, Pastor Kris had the sermon, and Becky provided piano music. And just like that (snaps fingers) Overland Park Lutheran was streaming live! 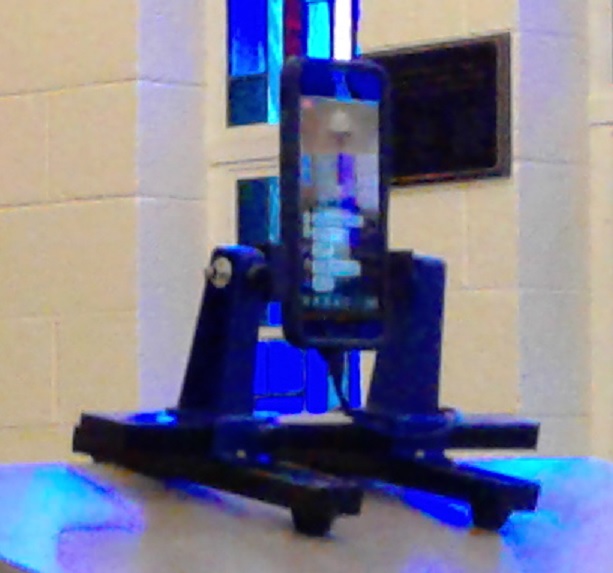 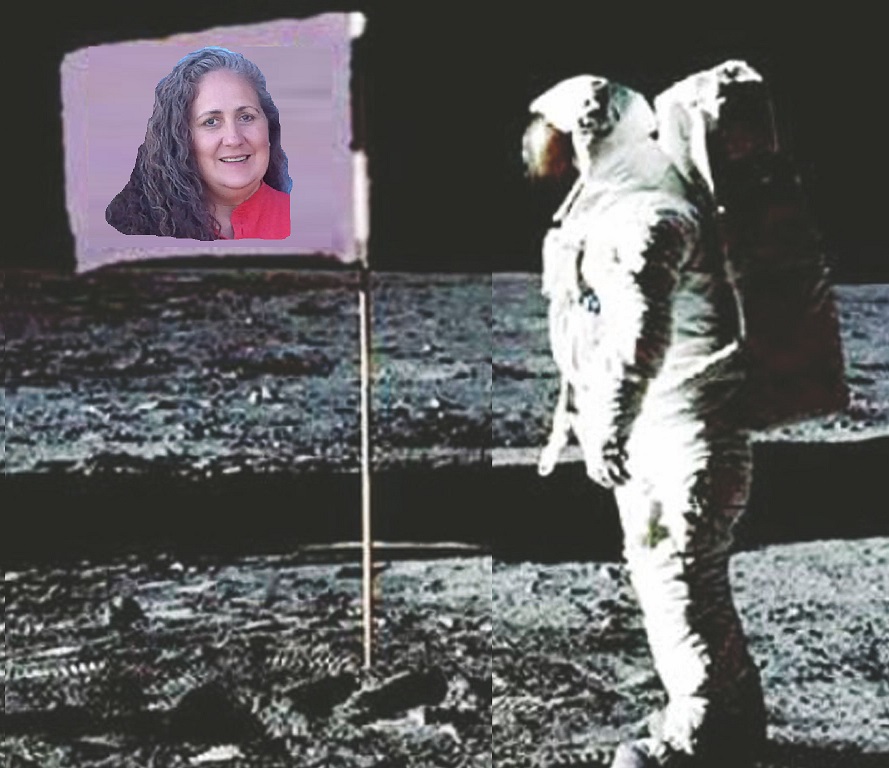 It was a historic moment. America made it to the moon before the Russians– but what was this object on the surface waiting for the astronauts? Someone else had apparently landed before the Americans and raised Darla’s birthday flag! This single photo was snapped for the occasion right before Buzz Aldrin and Neil Armstrong erected a US flag just a few feet away. Happy Birthday Sis! 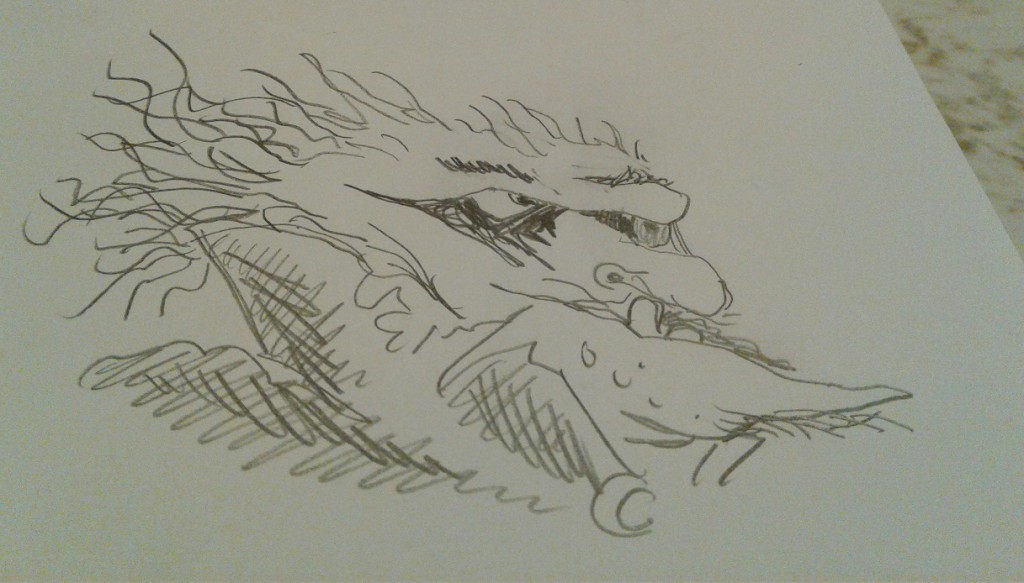 He didn’t like getting his picture taken. His lower lip extended so far that birds tried to perch on it… and that one tooth was positioned so that he could chew food and pick his nose at the same time. This is what I saw on our formica countertop this morning. If you had to give this guy a name I think it would be Herb because his mouth is permanently shaped to pronounce an “R” sound. 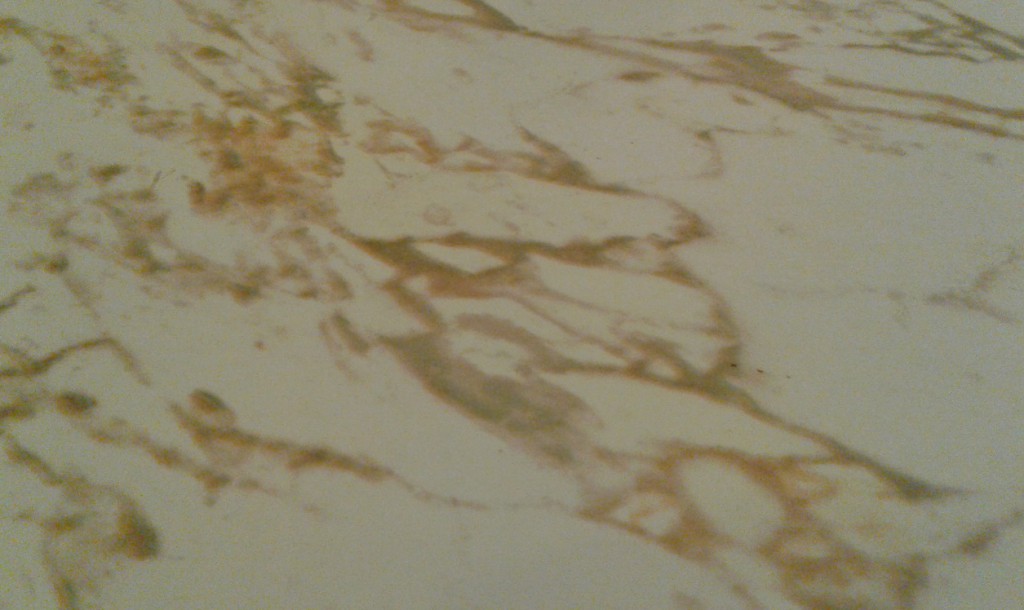 Three years ago, Chris Mull and I wrote a song and made a music video for the Stay Home and Read a Book Ball. It was an event hosted by the local library. It’s weird that all Johnson County library locations are closed right now– BUT there are little free libraries all across the country. If you’re scratching your head and asking, “what’s a little free library?” They are basically outdoor stands in random spots with books inside that can be accessed at any hour. Just click on this link to find one that’s within walking or driving distance from you! Also here are the lyrics to Electric Florence Acoustic Lawrence:
We could climb a mountain
we could sail the sea
we could fly to Paris
or just stay home and read 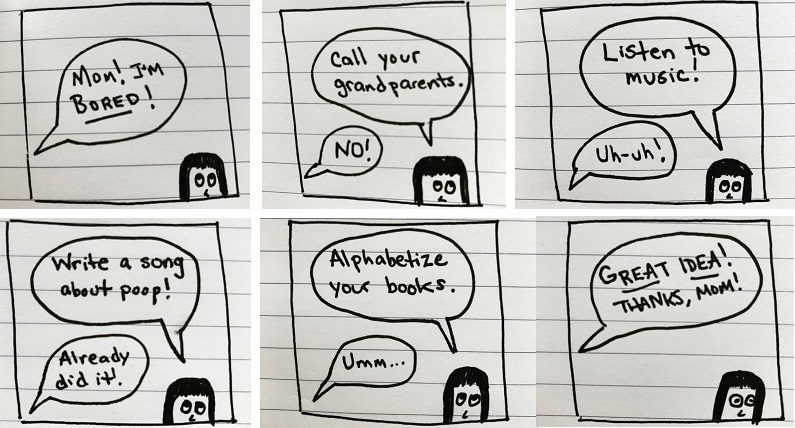 Whitney Matheson drew these comic panels on instagram a few days ago. She is an observer and correspondent of all things that are cool: a pop culture purveyor. And when she’s not passing along info on cool bands, movies, and books, she is drawing simple cartoons like the one above. She also has a website. 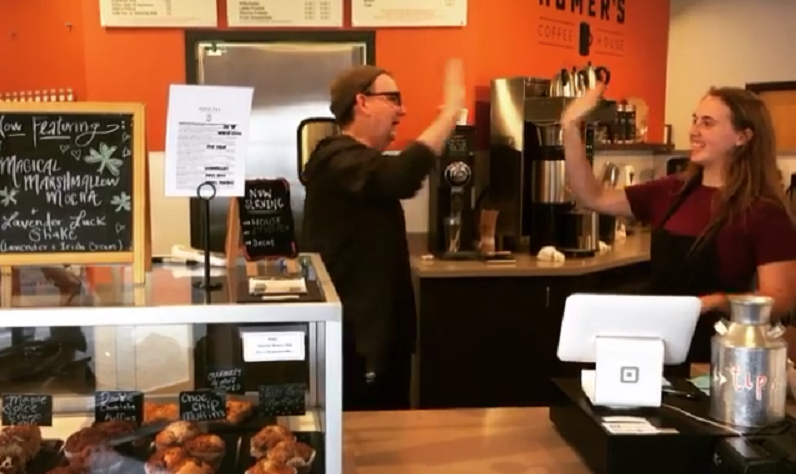 Social distancing feels like: close but no cigar, almost but not quite, oh I missed it by that much. This is the new reality for most of us. Homer’s was only open for carry-out orders when I worked yesterday. We got a new health mandate that basically said “no dine-in service for customers.” Sydney & I weren’t air high fiving because we were happy about it, we were doing it for a picture. Our boss posted it on instagram to let everyone know that we were still open… for now.

12 days ago I drove to Hoovie’s house and recorded a show in his kitchen. Last week I started editing the audio. Today I’m posting the final mix, and here it is: Episode #7 of THE EPILOGUE CABIN featuring Jeff Hoover! On your mark! Get set! Go! The pop of the starting pistol was still ringing in my ears when I crossed the finish line on this one. Whew!

He Was Ahead Of His Time 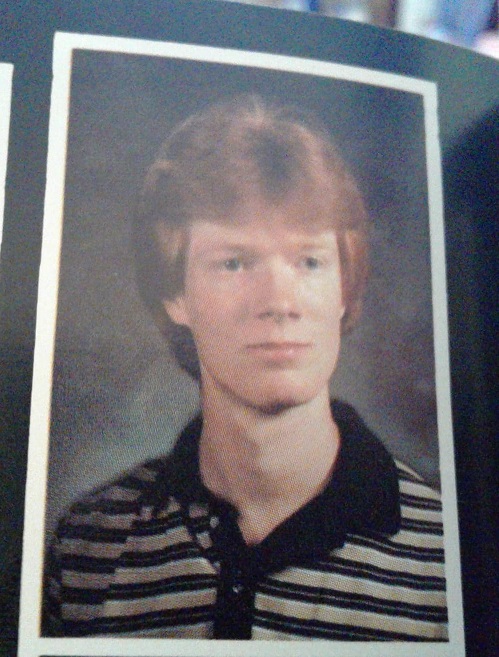 Back in the 1980′s Jeff Hoover knew how to record phone conversations with a suction cup from Radio Shack. I didn’t start doing it until a few weeks ago. We recorded the show in his kitchen last week in Neosho. Afterward we played a few video games. On the next episode of THE EPILOGUE CABIN you can hear all of the subjects we covered. Here is a preview: 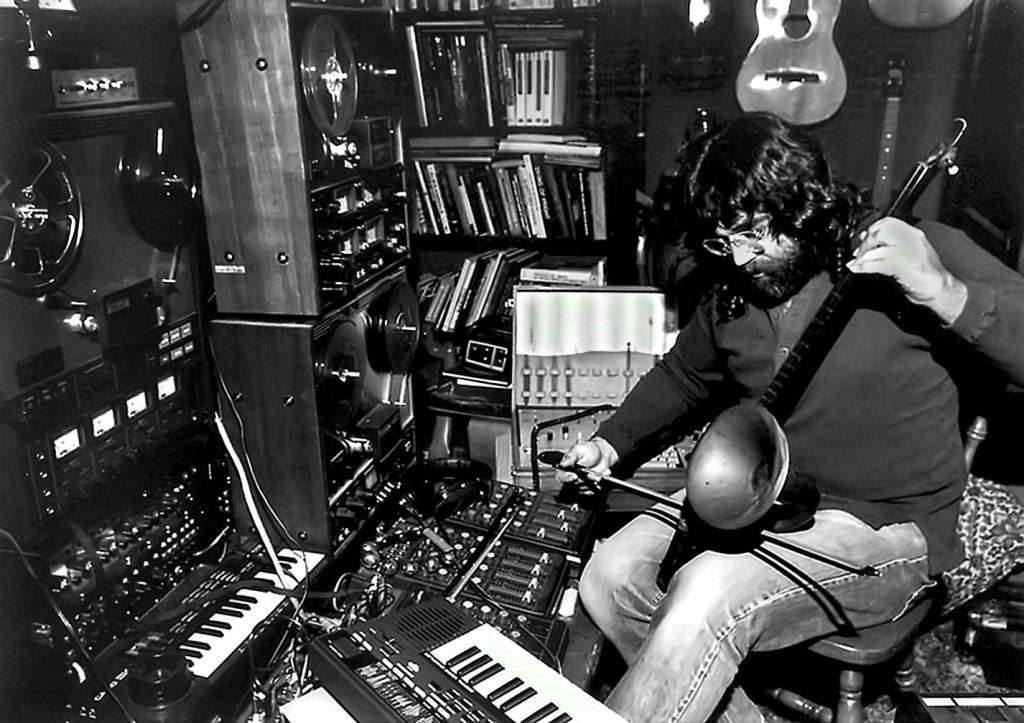 All those wires, knobs, and switches… at first glance it looks like a scene from a Terry Gilliam movie. Sometime in the middle of the night Reed Ghazala put one of his old photos on facebook. He found the phono-fiddle instrument that he is holding in a London antique shop many years ago. In his facebook post he explains: “The old crank-wound phonograph’s needle had at its top end a diaphragm, which it vibrated, and behind that diaphragm a big amplification horn. Here, the bridge rests against the diaphragm. So, half phonograph, half fiddle.” Now I really want to hear that thing!