Waits and the Moon 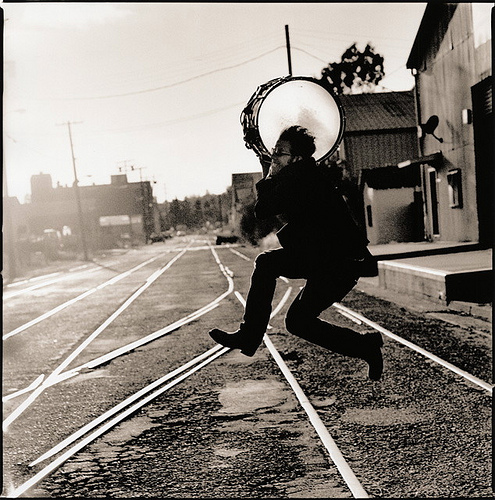 i was driving home from shawnee tonight when i saw a full red moon coming up behind the treeline. at the same time this was happening, i was repeating a line from tom waits’ gun street girl as it played over the car stereo:
“he bought a second hand nova from a cuban chinese, dyed his hair in the bathroom of a texaco… with a pawn shop radio a quarter past 4, he left waukegan at the slammin’ of the door, left waukegan at the slammin’ of the door, i said john, john he’s long gone, gone to indiana aint never comin’ home…”
thanks tom. 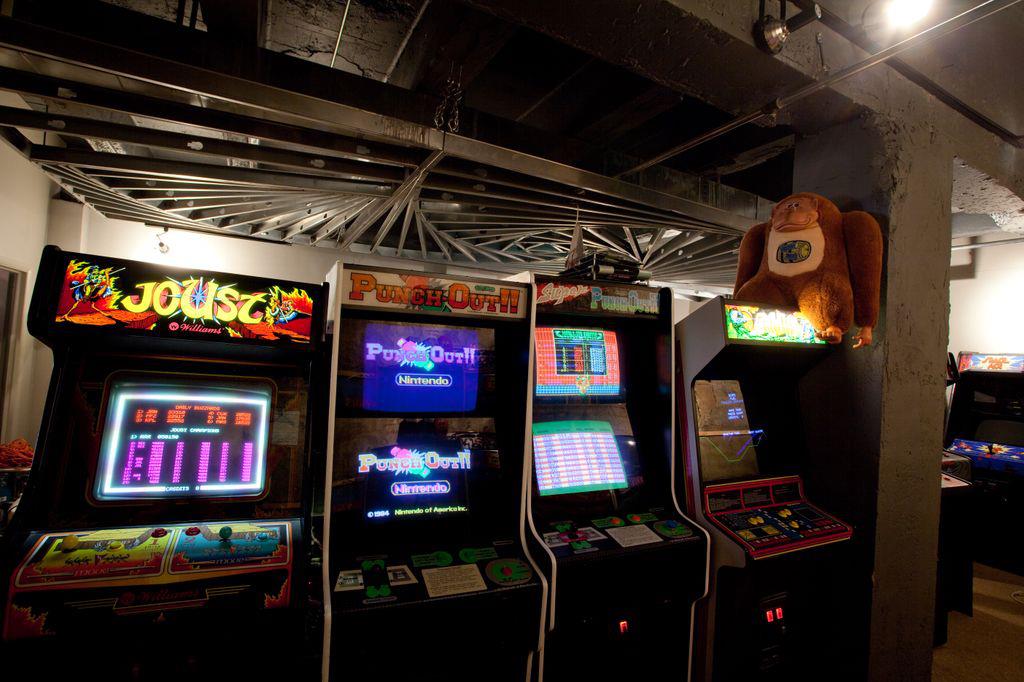 right before thanksgiving i discoverd the screenland crossroads arcade in kansas city, mo. in addition to joust, punch out, and gravitar (pictured above) there are quirky games like journey, root beer tapper, and paper boy also. it’s a place that i never thought would exist again in the age of online gaming systems. now that i have a few weeks before christmas, i plan on spending more time there. 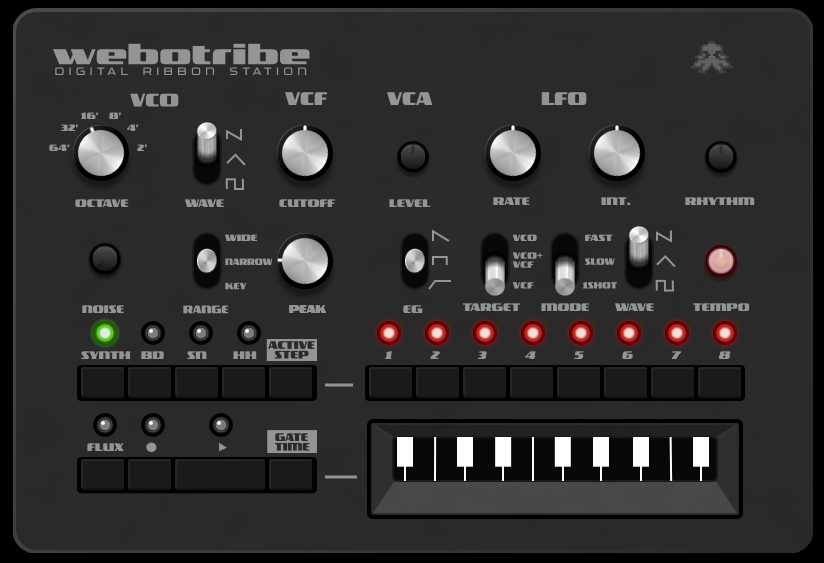 i recorded this peter gunn-ish thing using the webotribe (an online synthesizer pictured above) from angry octopus, and the casio VL-1. now i just need to save up and buy the real thing from korg. 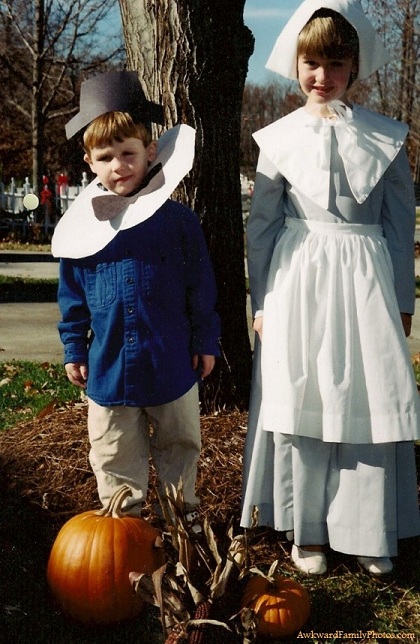 it’s been almost a year since i discovered awkward family photos. this pic is from their countdown to thanksgiving that they started a couple of days ago. there is also a video series that will leave you wanting more.

Weekend With My Sister

jenny & i visited my sister’s family this weekend. my sister, darla, lives on a farm in southwest missouri. when we stopped for gas in peculiar, there was a woman standing by the register with a baby kangaroo named hopper. they were on their way to the petting zoo. she let jenny hold it. closer to my sister’s house we discovered an old bridge while geocaching, and my nieces showed me some of their recent artwork. 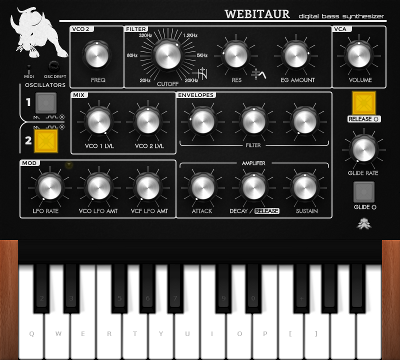 yesterday i discovered an online source for synthesizers, and it is too cool. angryoctopus is based out of new zealand, and the website offers a WIDE variety of playable online synthesizers for people like me who can’t afford the real thing. this discovery comes just a few weeks before my band, wailin’ wall, is scheduled to play at homer’s on december 1. if we squeeze in some weird synth sounds you can blame me. 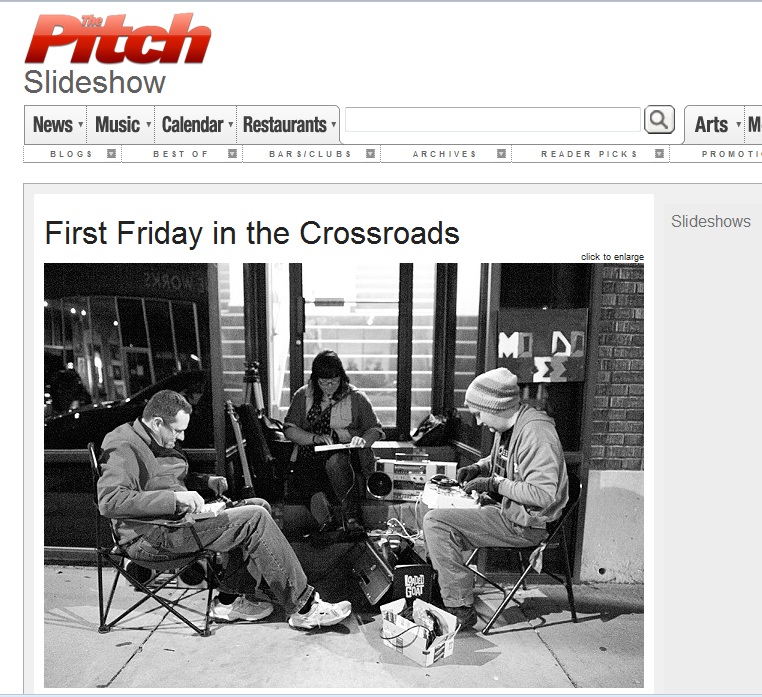 mondo beep made it in the latest web edition of the pitch. click here to see the rest of brooke’s pics from the crossroads that night. 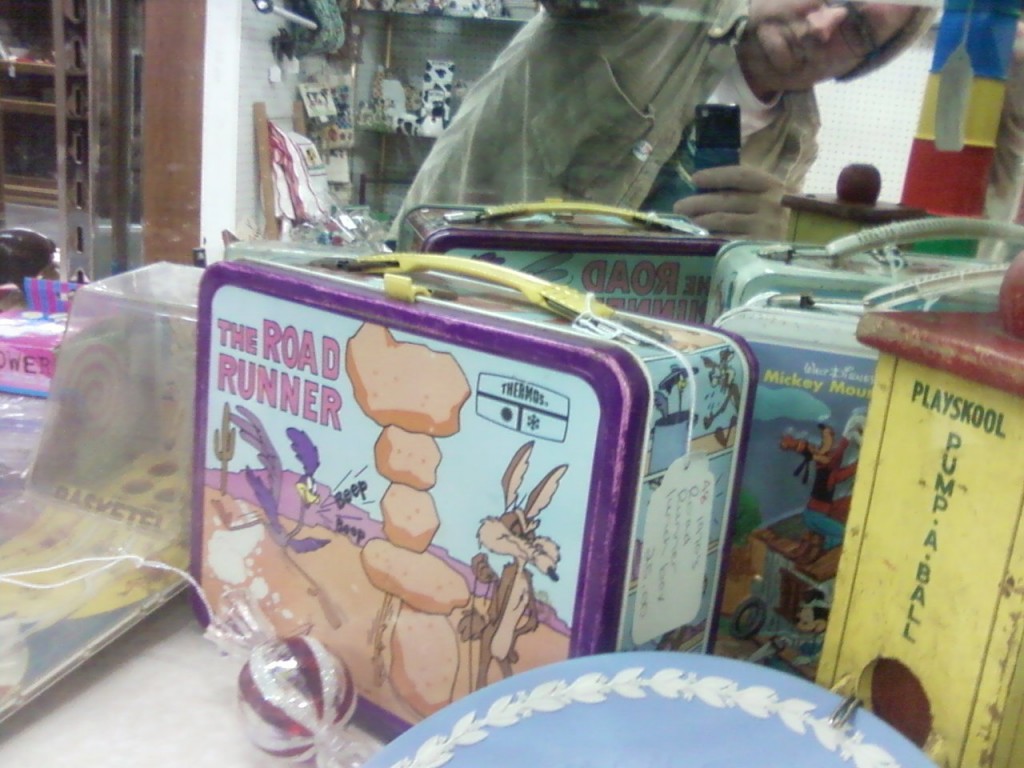 i was inside an olathe thrift store this week and found the lunchbox i carried every day from kindergarten to 4th grade. they wanted $25 for it. i didn’t buy it, i just like knowing where it is so i can check on it from time to time.

this video was posted yesterday and it already has over 60,000 views. it has sort of a flaming lips, beach house, big pink mixed up in play-doh kinda feel. 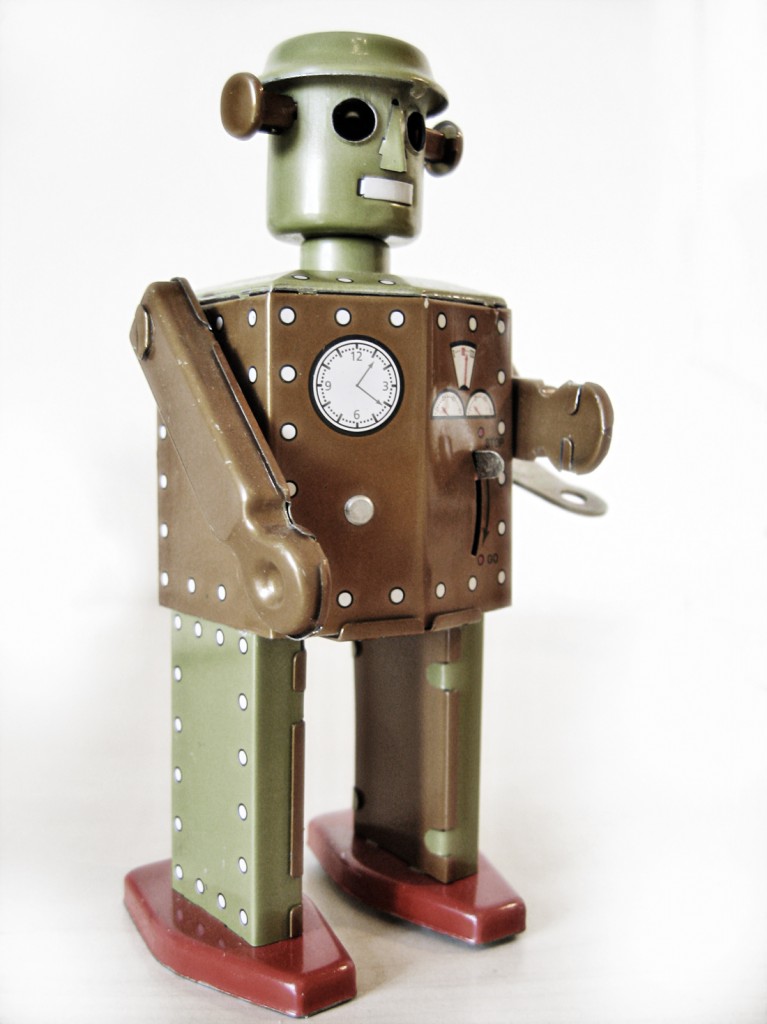 i wrote an essay and submitted it to three minute fiction on NPR. despite my high hopes, it didn’t win anything. i’m posting it here simply because i can. ladies and gentlemen, this was my story…

“Excuse me sir, but the wax is running out,” the personal aide said to the president. His supporters had gathered for a fundraiser that was running long, and the appointments that were supposed to follow would need to be rescheduled. The president was losing his ability to correctly gauge time again, and his personal aide was already looking for meetings to cancel so his boss could have some time off. The reference to wax was code for ‘burning the candle at both ends,’ and the president was reminded that someone on his staff always timed the speeches. It was somebody’s job to keep him from appearing tired in public. It had been that way since the invention of the camera. However, the word ‘tired’ didn’t apply to the president, because he never felt tired. He never really felt anything. He wasn’t human. He was one of many robots with an artificial intelligence that was installed out of necessity when human candidates stopped running for office decades ago.

The PresiderTron 5000 was a humanoid cyborg engineered and programmed to operate at the highest civil servant level. He was the 4th non-human president after voter registration had become non-existent. People stayed home and surfed the web or watched TV. As long as their homes had power and crime was relatively low, they didn’t care who was president. Even grandsons and granddaughters of prominent political families had lost the desire to keep names like Kennedy and Bush from being forgotten. Because of technological advancements though, the names, dates, heroic actions, and horrible missteps of former presidents and their administrations would never go away. The records of every president that served since the country was founded were kept in a heavily guarded data bank. The PresiderTron 5000 could access the records from wifi hotspots that were virtually everywhere except for a couple of states in the midwest. His ability to quote a favorite president from the 20th century, and speak in the dead man’s voice disarmed his opponents and charmed potential voters.

Voter registration HAD become non-existent, but after election reforms voters could cast a ballot as easy as they could follow a tweet. There were still problems with the whole ‘one vote for each person’ rule. A tech savvy voter could vote multiple times under multiple names, or hack into the electoral college, or saw down a power line to an affluent neighborhood. Toward the end of the era when human candidates were still running for office, and voters were as fickle as the weather, the incumbents and the challengers ran out of mud to sling. They had no achievements to brag about. The virtues and conformities necessary to run for public office rendered them dull over the years. Ironically, robot candidates would change all of that.

The PresiderTron 5000 was wrapping up his speech when a red LED light indicating low battery power started blinking. “Sir,” said the aide, “the wax is almost gone, we really have to go.” The president yelled at him in Harry Truman’s voice, “if you mention wax again I’m gonna punch you in the face!” Then a sound came out him like a circuit bent speak and spell, and his body went limp like a marionette on a stick. Everyone in the crowd had seen this happen before, and it usually was a sign that the rally was over. Most people went home to surf the web and watch TV. A handful of supporters lingered while the executive maintenance staff plugged their commander-in-chief in to the nearest power source.