Cosmic To The Max 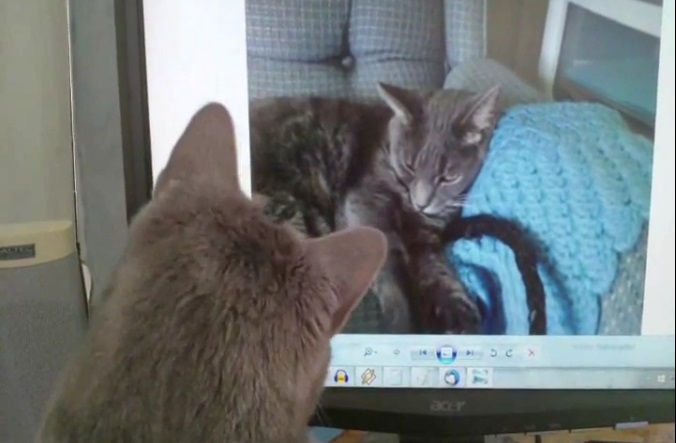 i haven’t posted anything about our cat since last august. here is max between me and the computer. he fakes an interest in the mouse cursor until i give in and play with him on the floor. in this video, i wondered what he would do if he saw himself on the screen. he was more interested in the little white arrow.

the david wax museum is a band that played an afternoon gig at vinyl renaissance (our local record store) this weekend. i first heard them on folk alley, the same station that plays songs like pompadour by tim o’brien and any way i do by tracy grammer. ironically, the david wax museum’s latest release, guesthouse, is a departure from their folk roots and sounds more like mexican american rock n’ roll. jenny & i totally dug it.

The Other Library in Gardner, KS 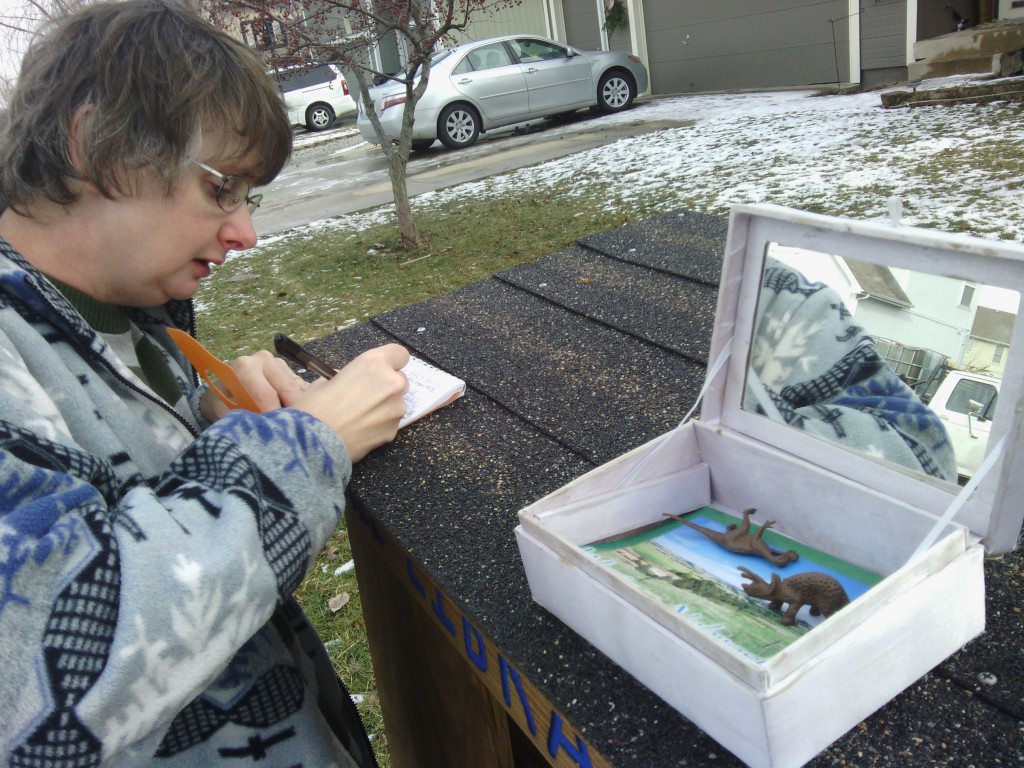 jenny and i went for a sunday drive after lunch today. we headed southwest to gardner, ks and found a cool geocache. it was called going to the library, so we went to the city library first, only to found out it was still over a mile away. when we finally drove right up to it, we were in a subdivision on the outskirts of town, and there was a homemade structure in someone’s front yard that said “free library.” it was full of books and magazines, but we found a hidden shelf that held the actual geocache container. jenny signed the logbook, and we swapped a nebraska postcard for a plastic triceratops (thanks to mike sayre for the dinosaur species correction).

High Five and a Walk By 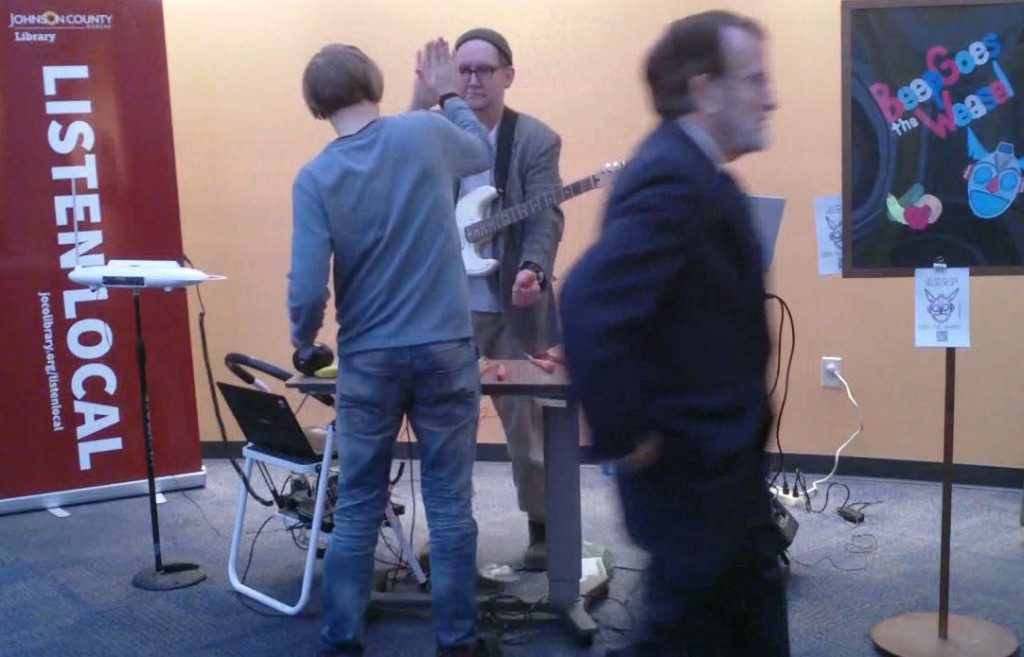 this image is a good example of how beep goes the weasel went last thursday night at the johnson county central library grand re-opening: one guy is making veggie music, and another guy avoids eye contact. ok, it wasn’t always like that. there were actually alot of people that were curious and jammed with me that night. if you don’t believe me check out additional pics on the beep goes the weasel page. 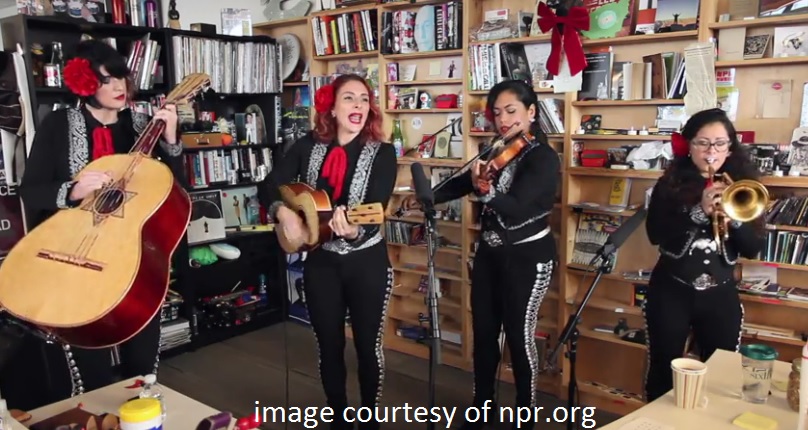 mariachi flor de toloache is an amazing group that appeared recently on NPR’s tiny desk series. i watch the tiny desk series on tv through my roku device. you can watch it here. i called my dad in el paso to ask if he knew about this group. he was watching the chiefs beat the texans.

Funny How Time Slips Away 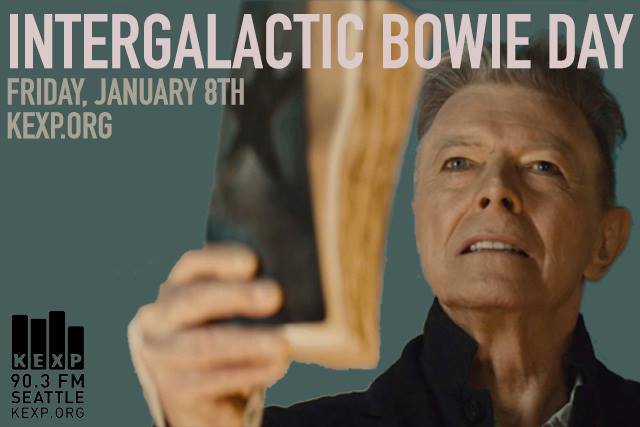 the last couple of days i was thinking of my 2015 discoveries to post on this blog: mortified, atari 2600 game by game podcast, folk alley… and suddenly i find out it’s david bowie’s 69th birthday, and KEXP is playing his music all day long! in addition to bowie’s deep album cuts, i also found out how he kept mott the hoople together for one more hit single.
**addendum – david bowie passed away two days after this post.