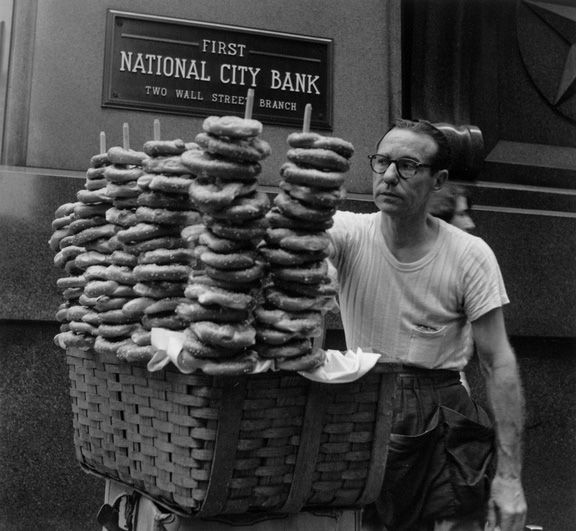 did you know that if you eat enough pretzels, you can be a “regular” guy? or gal? after entering the calorie content of the pretzels i ate last night, my fitness app informed me that i reached my daily fiber goal! i didn’t even know i had one. from time to time it will say similar things about my iron goal, my potassium goal, and other goals that i’m accidentally achieving. 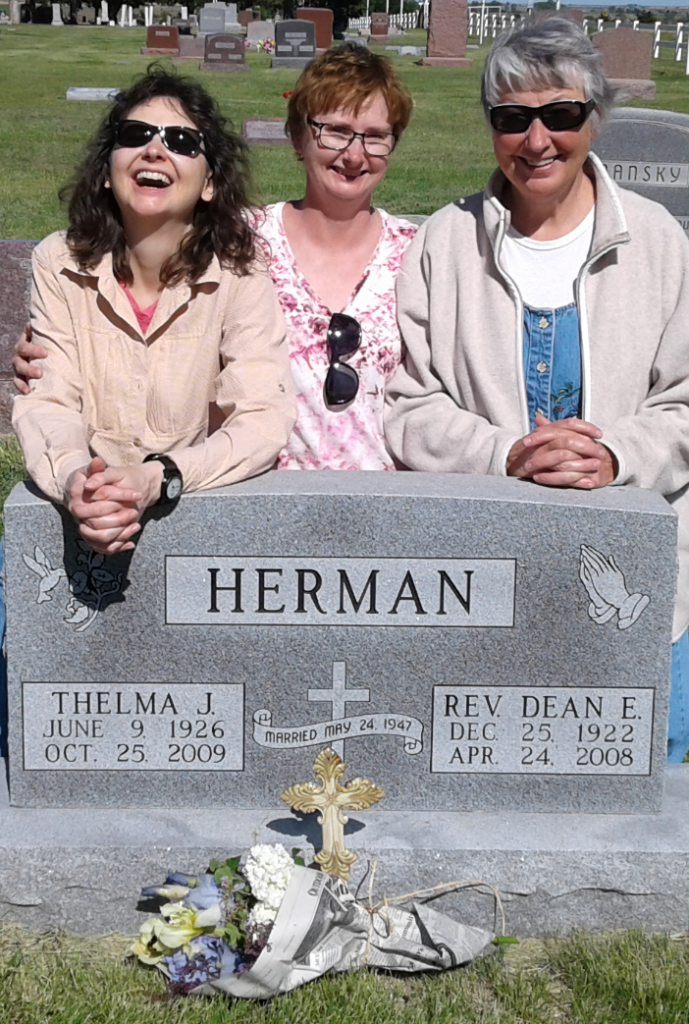 we drove 8 hours to curtis, nebraska to be in jenny’s hometown on memorial day. i didn’t know if it was going to be a somber occasion or something else. when two of the sisters starting shoving each other around behind their parents’ headstone, it turned into something better. there were a lot of other photos taken, but this is one is my favorite.

This Must Be The Place 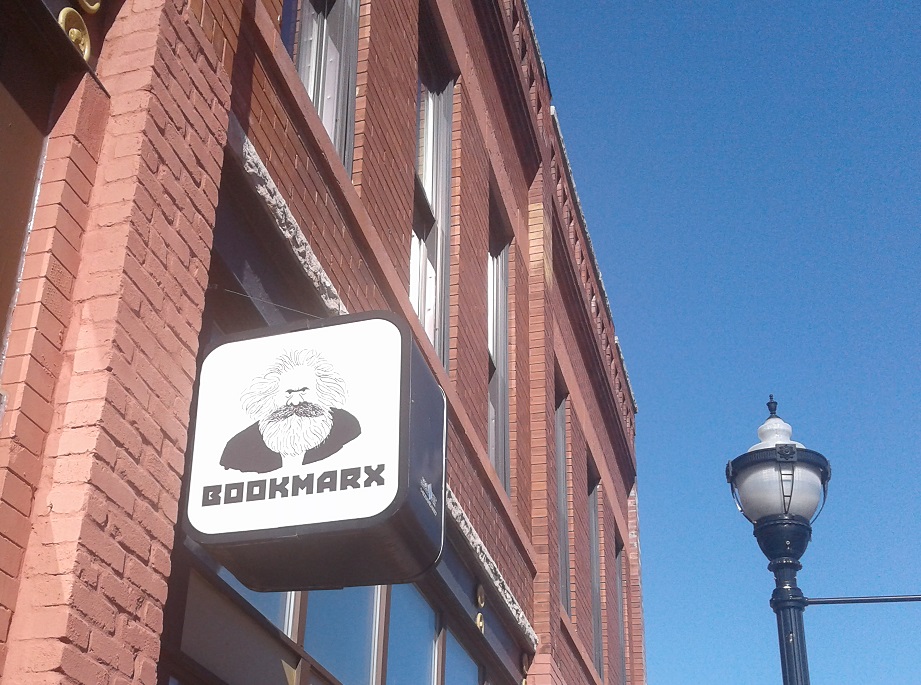 saw this bookstore in springfield during my arcade weekend a few weeks ago. it was right after i grabbed a bite at the chicago cheese steak co., and right before i went back in time to 1984. 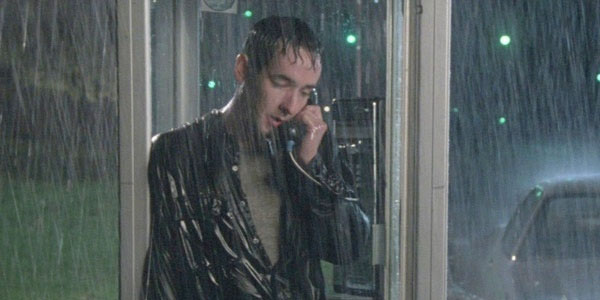 it’s been raining off and on for a couple of weeks now, or maybe the days just feel like weeks. i feel like john cusack in a rain booth. i guess it’s time to climb into my canoe, paddle to the coffeehouse, and get the shop ready for all the other ducks who need caffeine today. 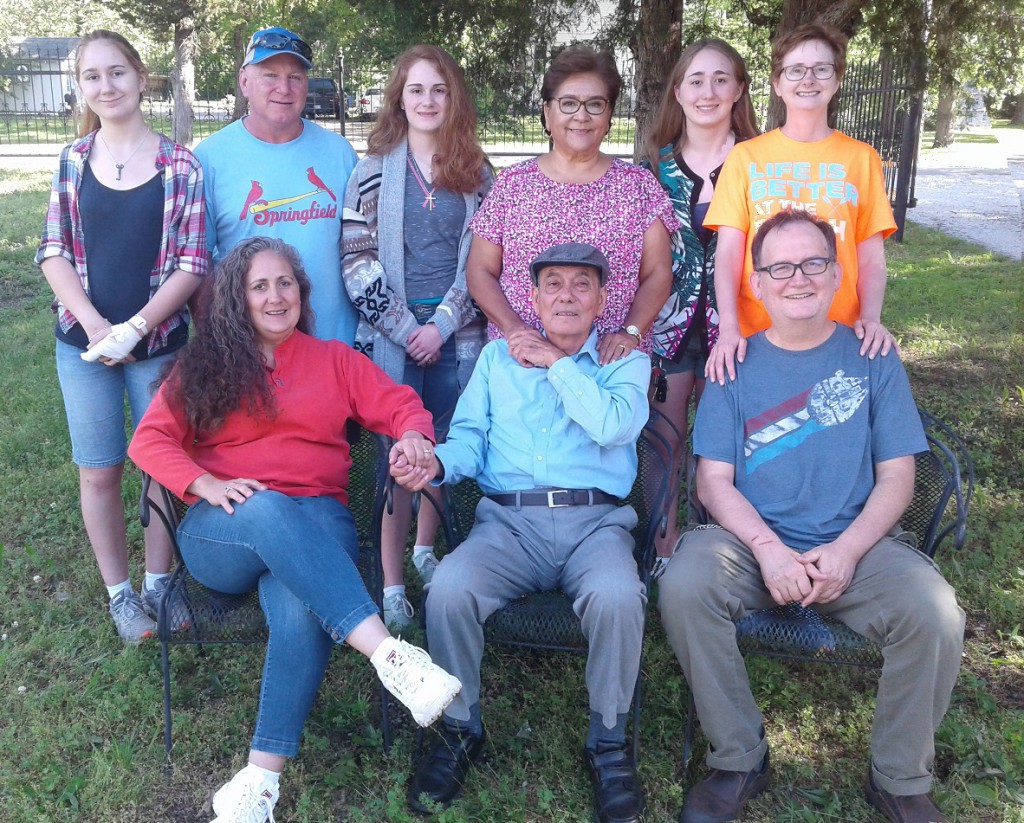 dad and abby made a 14 hour drive from el paso to my sister’s house this weekend. they broke up the trip and spent one night in oklahoma city. jenny and i took a sunday drive and drove a couple of hours to spend the afternoon with everyone. we ate lunch, told stories, and sang songs that only get sung when families get together. 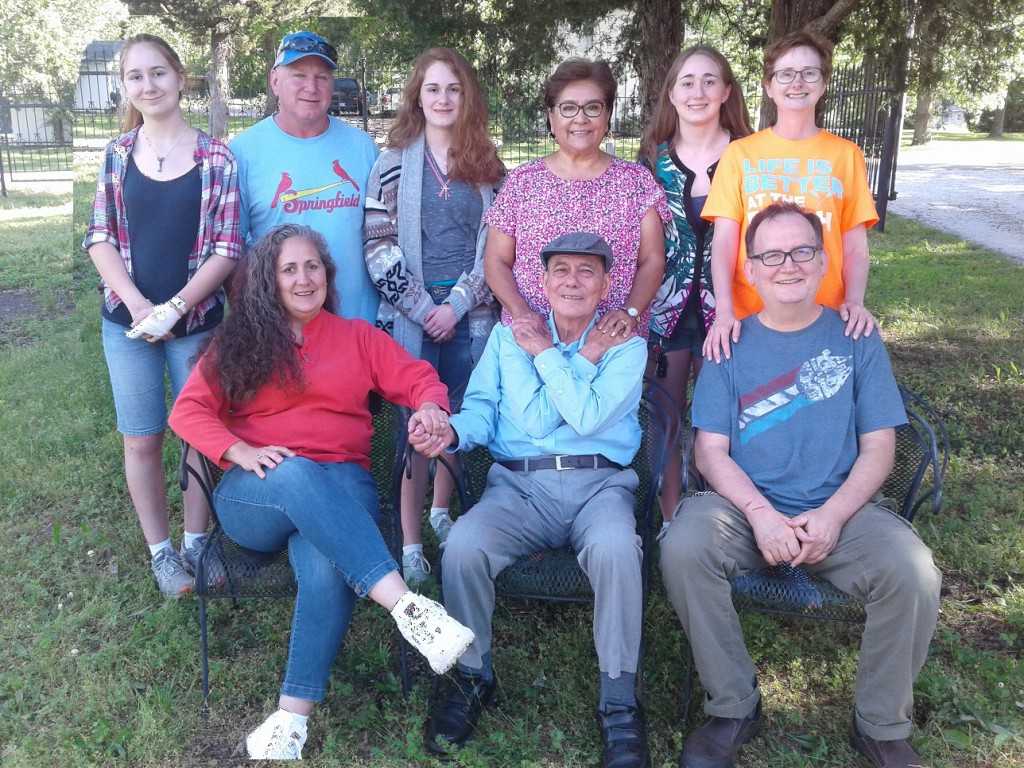 …and this is what happens when you tell everyone “okay, don’t move!” only to find out later that somebody did just that.

Blood On The Saddle 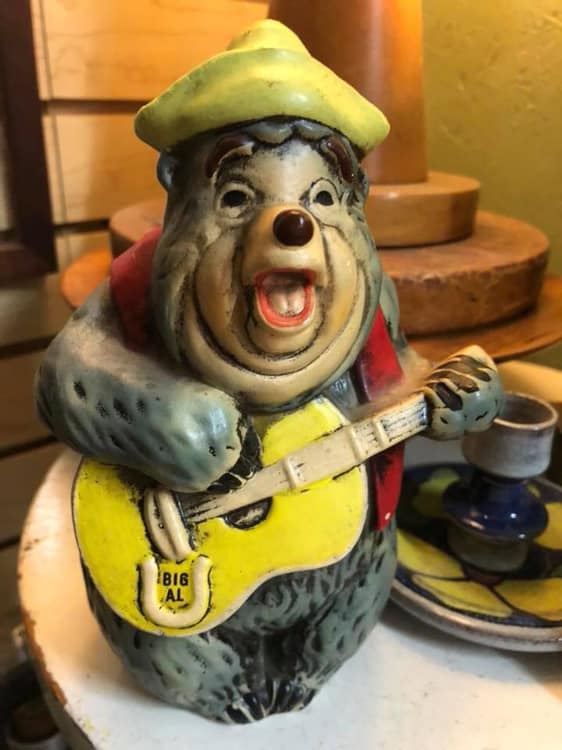 no one could suck the life out of a rollicking bluegrass jam like big al. the country bear jamboree was an attraction at disneyland where the animatronic bears would tell jokes, play fast catchy songs, and every time the spotlight went on big al he would start the same slow tex ritter ballad– blood on the saddle. so where did this photo come from? i found it on the facebook page weird second hand finds that just need to be shared. somebody picked up a big al souvenir in portland, but didn’t know where he came from. there are currently 108 comments on that page explaining big al. 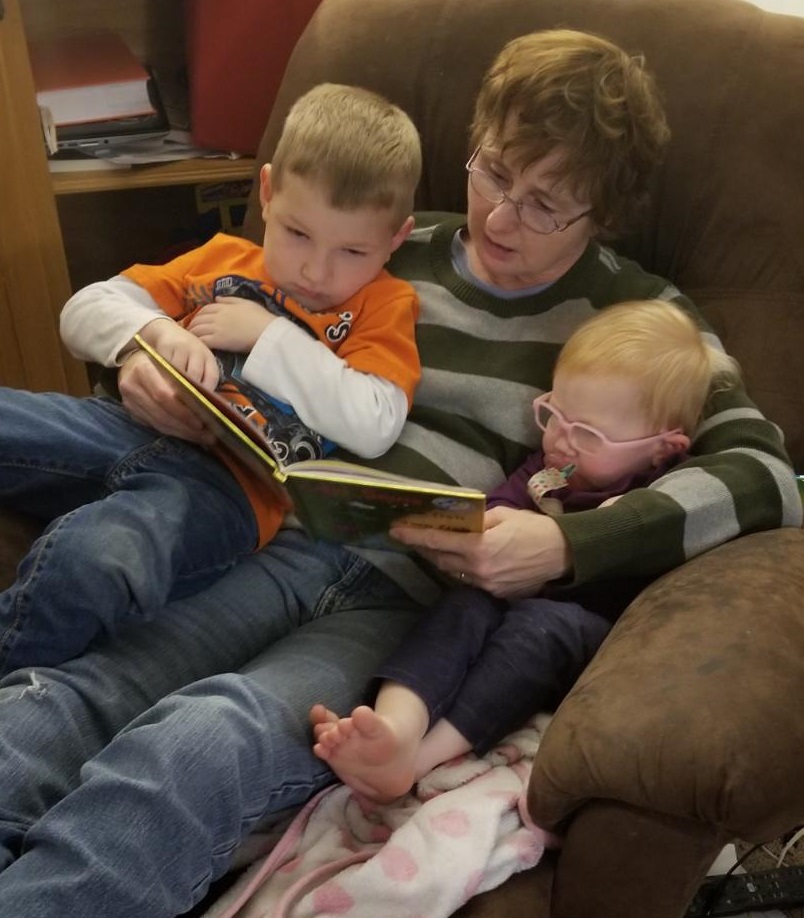 jenny and i don’t have biological kids of our own. when someone asks if i have kids i tell them that over the years we became surrogate parents for other people’s kids at the coffeehouse i work at. this photo was taken last november at josh and christy’s house. christy was one of our first coffeehouse kids, and now she’s a mom to ben and katelyn (above). so i guess we’re more like grandparents now. 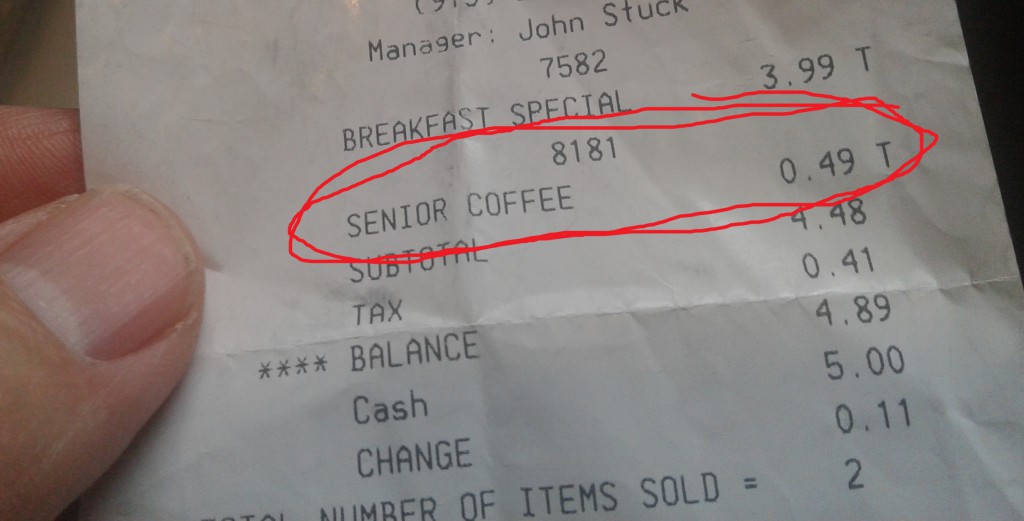 a cashier at price chopper rang me up for a senior discount wednesday morning. .49 cents?? are you kidding me? i can’t even remember when coffee was that cheap. it had to be back when alaska wasn’t a state yet & eisenhower was still the president. geez! now i understand why one old man flipped out when i charged him three times that amount for a mug of house coffee a few years ago. 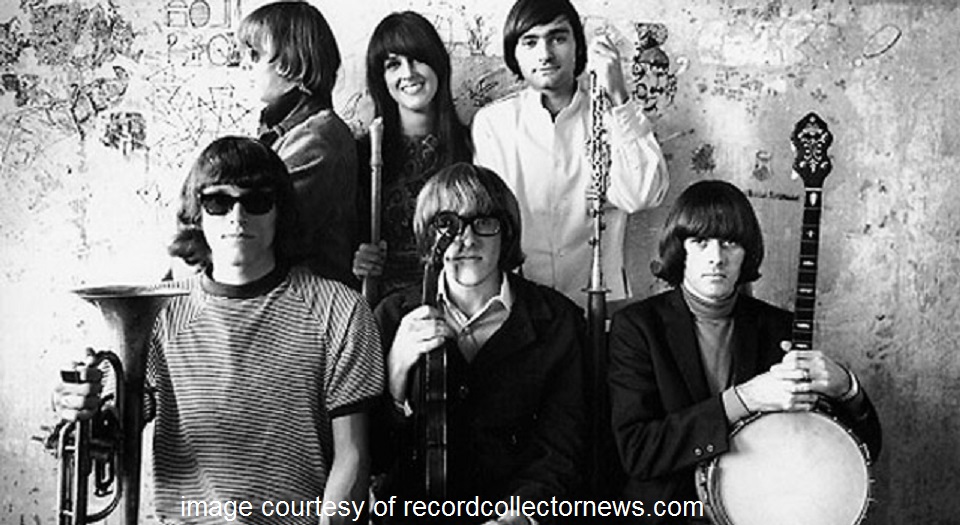 i heard a radio ad on monday that hasn’t aired since my first birthday. on an episode of 99 percent invisible, clive desmond was recalling the golden age of radio ads. as he was talking, reminiscing, and making sense of it all, i heard ads recorded by ken nordine, frank zappa, linda ronstadt, and this one by the jefferson airplane. 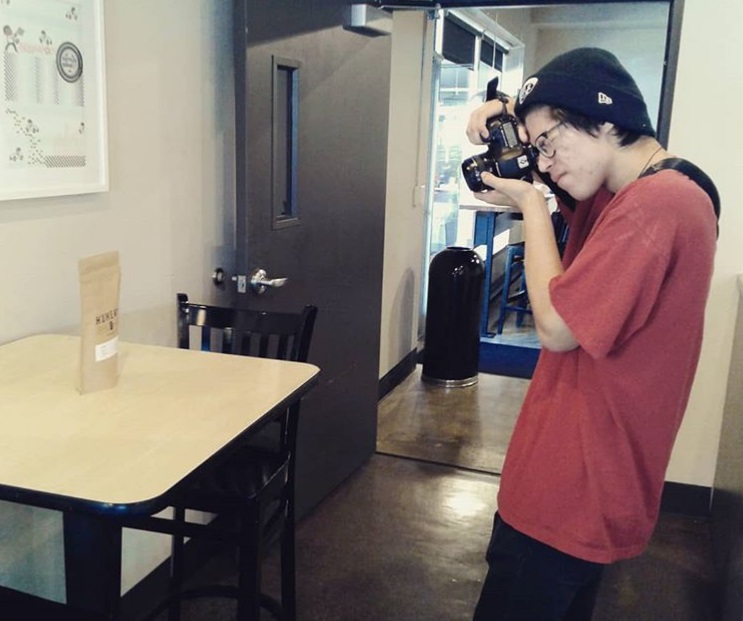 This guy named Eddie came in yesterday. After ordering a drink, he asked if we roasted our own beans. Chloé and I told him that we buy our beans from Messenger, a roaster in downtown KC. When he said “this coffee is really good! Do you mind if I take a few pictures?” We said “sure!” Then I asked “do you mind if I take a picture of you while you take pictures?” He said, “sure!”