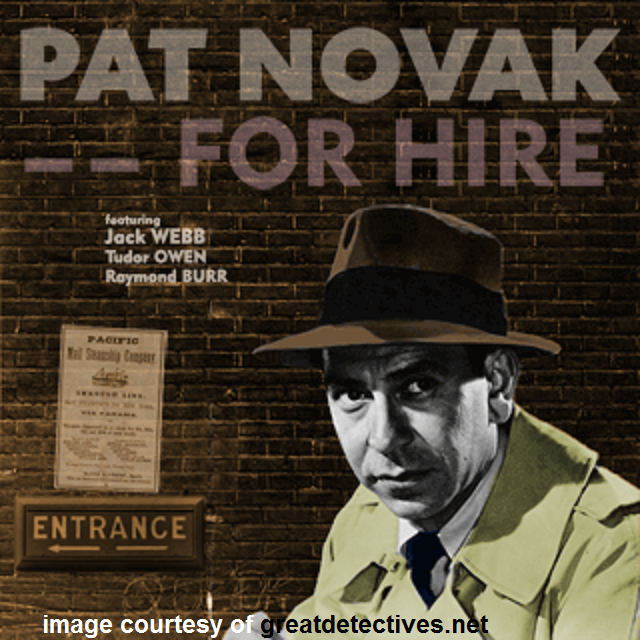 if hard boiled eggs could talk they would sound like sam spade, philip marlowe, barry craig, and pat novak. these are the old radio detectives that jenny & i listen to at bedtime. when there’s a late night jazzy horn section, followed by a weary savvy intro read by jack webb, there’s gonna be a 1930′s-40′s noir-ish dialogue that never stops sounding cool. here’s what he sounded like before he was joe friday on dragnet:
ON WOMEN:
“She was wearing a V-neck sweater, and the designer believed in using capital letters.”
“She turned and walked out of there. It was the kind of the walk that makes you flip the calendar and find out how far away spring is.”
“She sauntered in, moving slowly from side to side like 118 pounds of warm smoke.”
ON MEN:
“He was about the size of a golf bag with arms. If he had a cigar box, he could see over a pool table.”
“Calm down before you wind up in a boy’s choir.”
“He was draped over the curb like a tired carpet. And if his suit was a brighter yellow, he could have passed for a loading zone.”
ON AMBIENCE:
“The sky was the color of a bruised spot on a man’s arm.”
“The room was full of taboo.”
“The street was as deserted as a warm bottle of beer.”

Bandits On The Deck 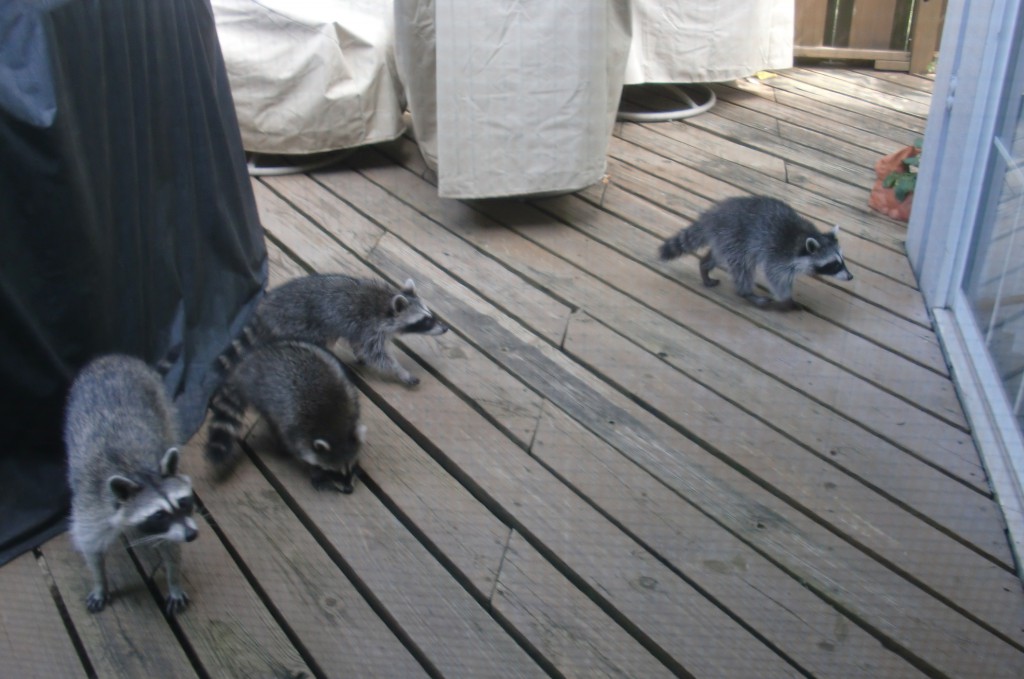 jenny’s sister told us there were raccoons on her deck yesterday. this is really weird because it was in the daytime, and her sister doesn’t live on the outskirts of town– she’s just 15 minutes away from our house! these nocturnal creatures must have gotten hungry during their daytime sleep, and thought there was a ‘frig to raid nearby. it made me think of maria bamford claiming to be a raccoon. 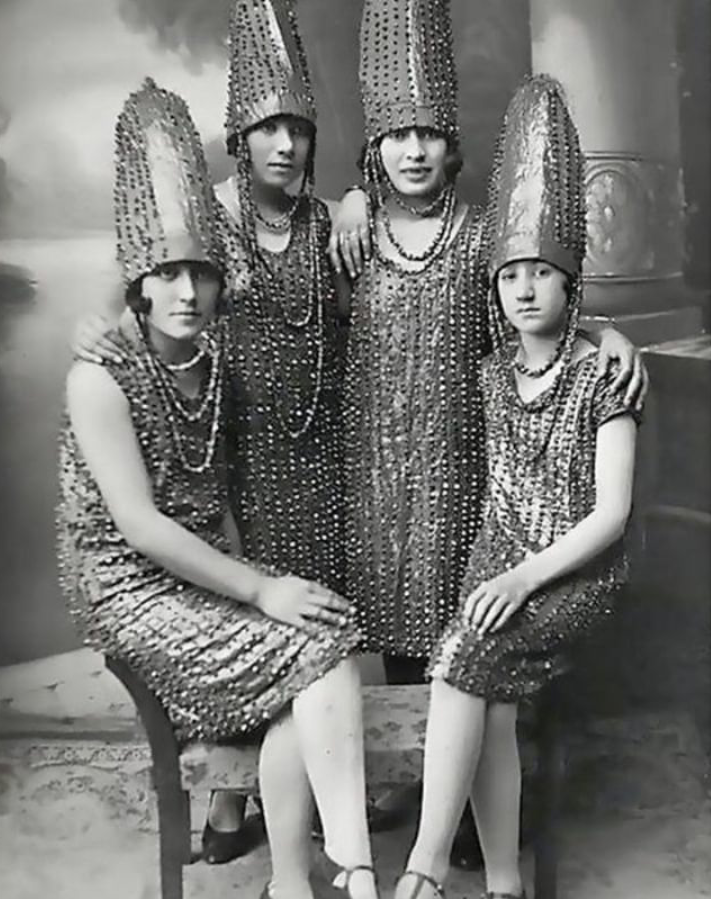 margaret, mavis, opal, and florence were just names that no one knew until they changed them to dillie, kosher, gherkin, and bee bee. they recorded a few songs that got on the radio. they appeared in a newsreel that grabbed every moviegoers attention– and suddenly everyone was crazy about the pickle sisters. green studded dresses started flying off the racks, children ransacked their parents wardrobe closet for anything that looked like a pickle hat, and i’m green for your form reached #6 on the hit parade.
——————–
-my thanks to the good folks at weird vintage everyday for posting this on instagram. i saw the pic & made up a story– but i really hope some of it is true.

There’s Not One In Every Class 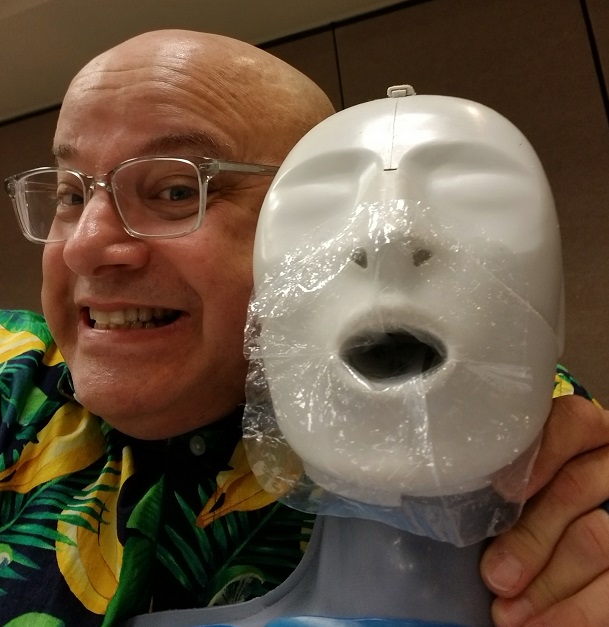 they usually stare at their phones or they talk to other students. in the 12 years of teaching CPR, i’ve seen a lot of students act different ways in the classroom. it’s not every day that a guy sits in the back row, and takes selfies with a mannequin. geoff helped make a memorable morning. he wasn’t just any guy, he was my kind of crazy. 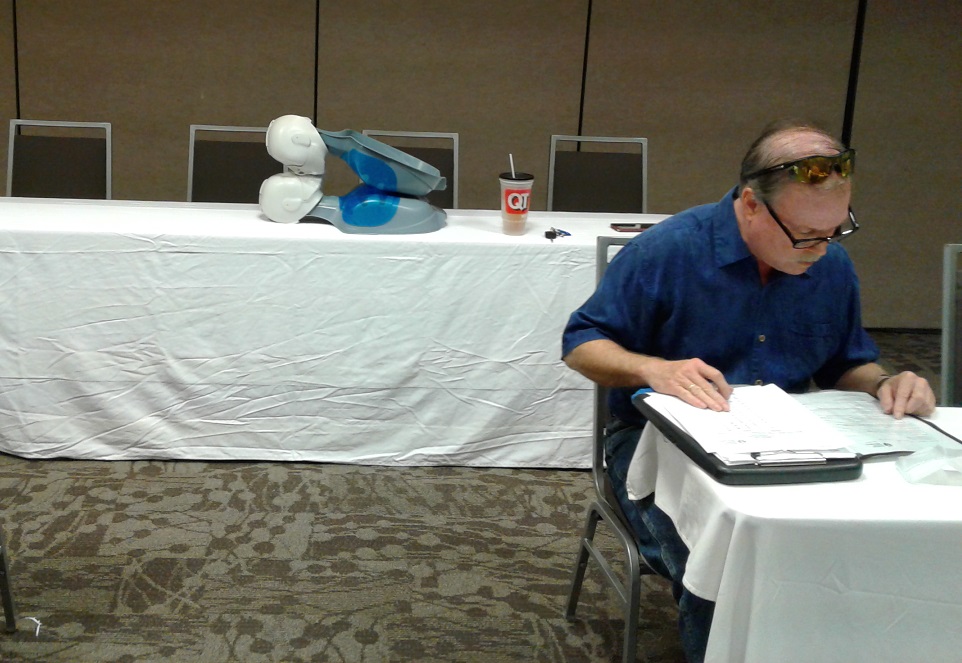 nathan, josh, and alex finished my french drain project, and evened out my new gravel driveway yesterday! we borrowed a neighbor’s wheelbarrow, and got the job done in an hour. nathan and alex are brothers, but they had never met josh before they started the project two weeks ago. i’ve known all 3 of them since they were toddlers. they didn’t talk much on the job, but while they were digging the ditch the first day, i realized they were all musicians. i hope they make better career choices than these guys: 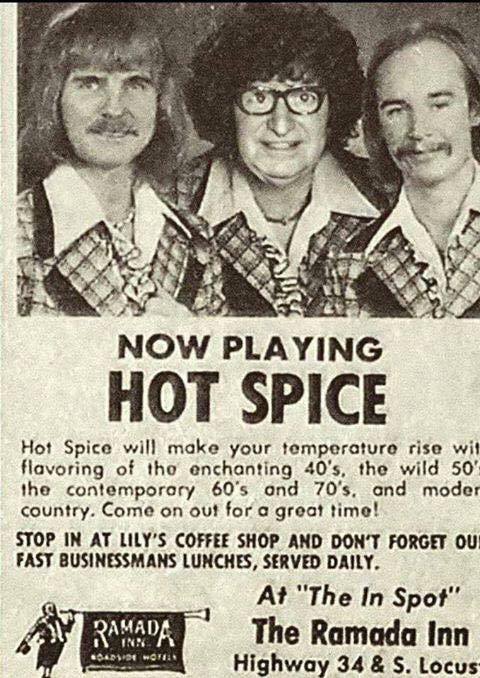 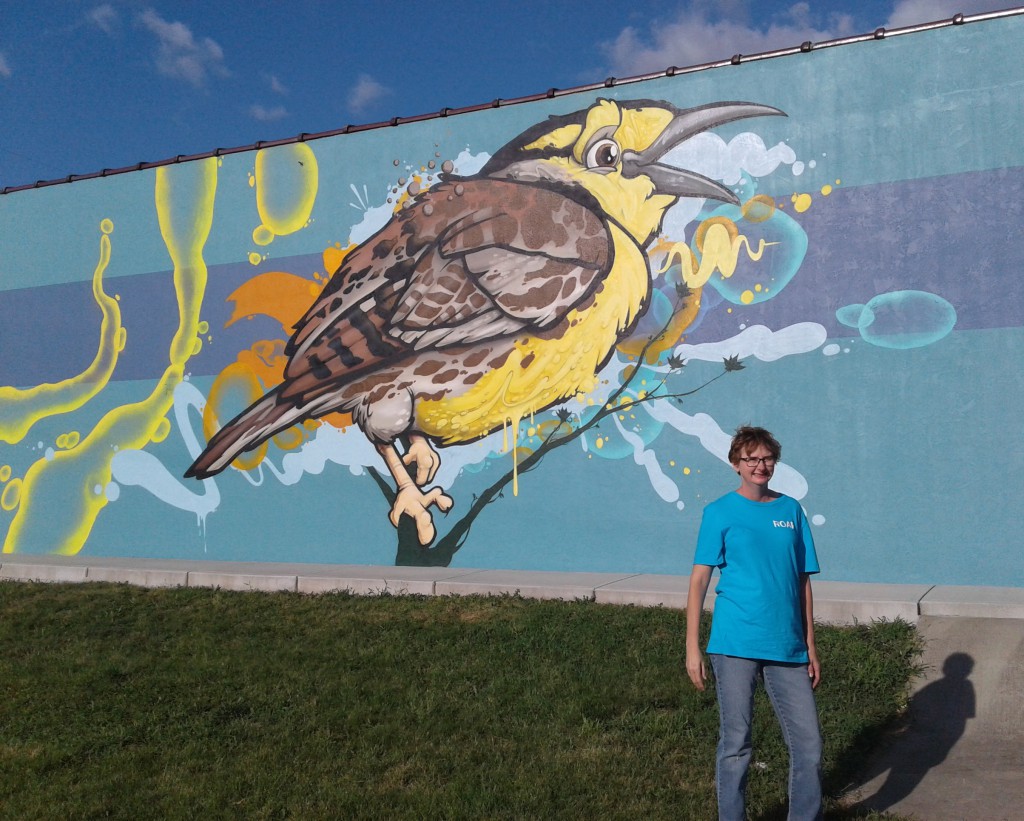 women, fish, and a bird first! those are the murals that you see when you walk or drive through our neighborhood now. the newest one just went up last week on the side of the shoe repair shop. even though scribe didn’t sign his name on this chickadee, i’m pretty sure it was him. his fish is right across the street. 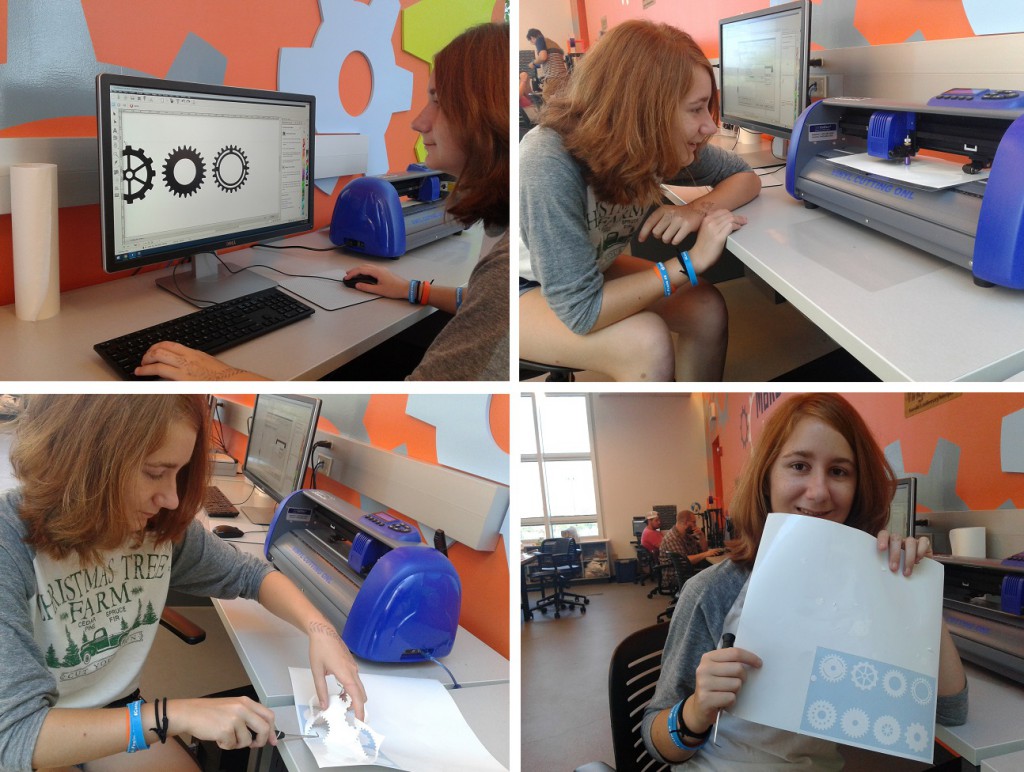 – now i wanna make some more! after looking at the 3D printers, the recording studios, and the laser cutters in the makerspace yesterday jane decided to create vinyl stickers! 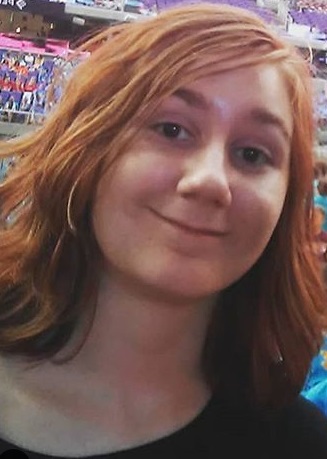 the final chapter of a trilogy will be starting in a few hours when i drive to nevada to see my sister and shuttle jane back to kansas city. jane is my youngest niece. her two older sisters spent time with us sightseeing in kc, and now it’s jane’s turn. we’re making a list of stuff to do while she’s here. i know she likes video games, drawing, and dry humor… i wonder where she gets it.

Happy Birthday To Us

we are brothers from another mother, so we don’t look like each other. donald sutherland was a lecherous pothead college professor when animal house hit theaters in 1978. david hasselhoff played a “salt water junkie” lifeguard on TV’s baywatch during the 1980′s. what’s my claim to fame? sometimes i wear hospital scrubs in public, and when someone asks “are you a doctor?” i always answer “no, but i play one on TV.” anyway… we were all born today, july 17.

Hangin’ Out At The Record Store 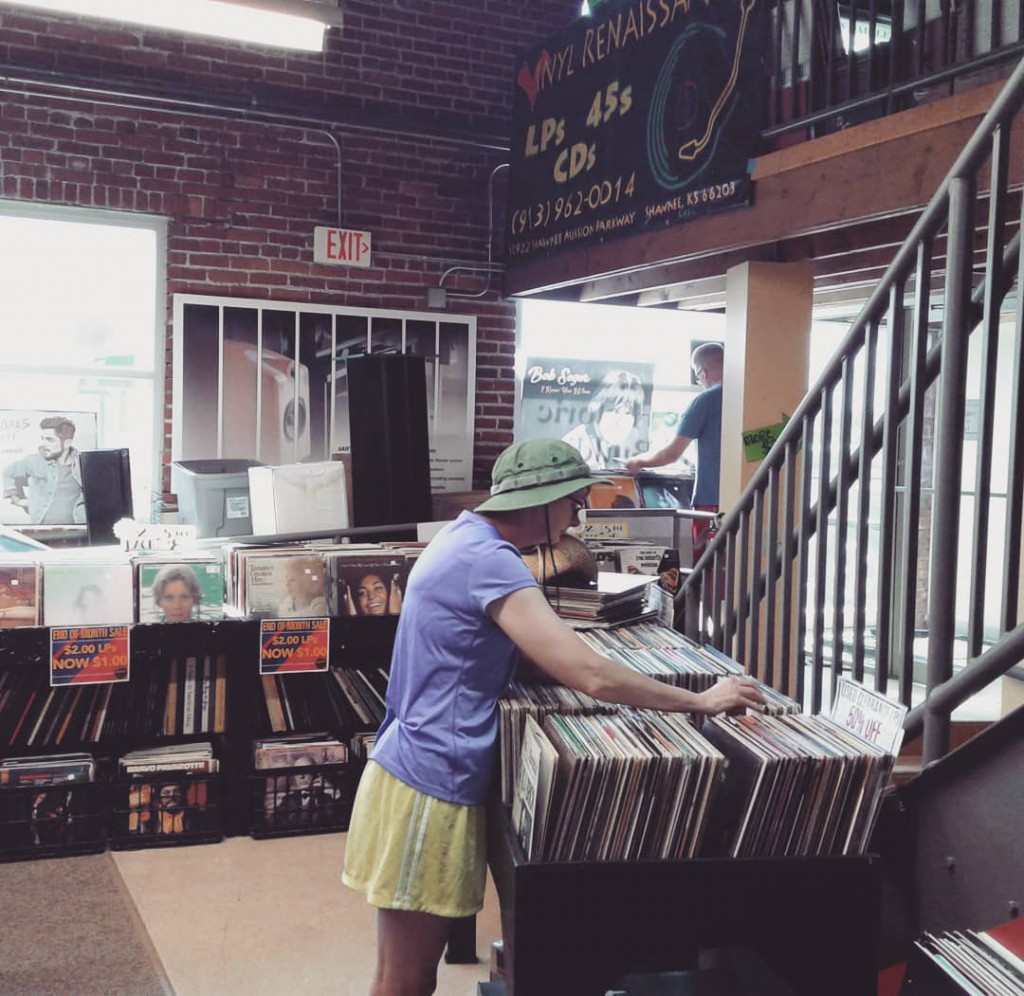 i walked to vinyl renaissance saturday afternoon with jenny and hoovie. it’s pretty cool that there is a record store within walking distance of our house. it’s even cooler that they have a healthy selection of new and used vinyl. i picked up the soundtrack to the last picture show. hoovie bought over 60 records from the $1 stack. the cashier put hoovie’s records in a box that we carried back to the house. jenny carried my soundtrack.