Now and Then and Now 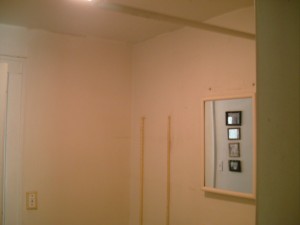 this is the northwest corner of our bathroom. since we are painting the walls a different color than the ceiling, i wanted to take “before” and “after” pics. part of me still can’t believe i own a home, and do projects like this. my daydreams consist of a time when i rummaged through dumpsters, and stole food at the campus center. anyway, back to the present: we just got done scraping, sanding, and priming some spots that needed it. the actual paint job will commence after we take a break. special thanks to chris mull who has been my paint consultant during this project (and previous projects). ironically our friendship was forged in the early years of dumpster diving and campus food theft.

a few people have said they were surprised at the size of the monkey bars in my backyard when they saw them up close. the photo with grayson is a little misleading, so i recorded this video from easter sunday. 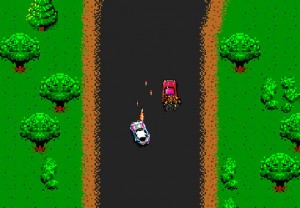 easter was good. we invited a few friends over for lunch. one of the couples gave me a nintendo 64 system AND a box of game cartridges (thanks scott & candy!) we played a couple of games, climbed on the monkey bars outside, and said our goodbyes a few hours later. my grasp of video games after the mid 80′s is limited, and i wasn’t sure how much time it would take to master starfox and golden eye… then kyle told me i could play old games on the nintendo 64 like defender, spy hunter, and robotron 2084. these are my games. i spent an embarrassing amount of quarters on these games. when i play these games i can imagine the sights and smells of long gone arcades like spaceworld, lemans, malibu grand prix, and alladin’s castle. these memories don’t just take me back (especially while tuned to an 80′s internet station), they can make me forget my current responsibilities. this isn’t always a good thing. along those same lines, i emailed a correct answer to a trivia question on the stuck in the 80s podcast, and got my name on the show. ok, i added the applause later, but only because that’s how i heard it in my head… like zach braff in scrubs.

Between Luther and Rapa Nui

i realized this easter morning that my house is between a place of worship (slightly north and west) and a private residence (slightly north and east) with easter island heads in the front lawn. the images, and associations connected to these two things make me feel like i’m on a hammock in between. there’s also a place that sells old pinball games a block and a half south, but i’ve already posted a story about that.

Live From Homer’s, It’s the Subs! 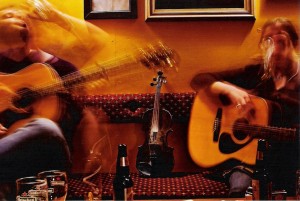 chris and i will load our gear onstage at homer’s coffeehouse tonight to play surf, swing, and spy tunes… we call ourselves THE SUBS. the first time we used that name, we were substituting for another band that didn’t show up. nobody else called dibs on it, so we kept the name. personally i’d like to sell shirts with our name on the front and all the names we discarded on the back:
the gary coleman lanterns
dana plato’s republic
two bullets for ringo
todd bridges of madison county
the vigil aunties
have you seen my socks?
the bair nairs
pray for death

if it weren’t for co-workers, family members, and assorted friends with more tech savvy than me, i would be a proverbial caveman poking my computer with a leg bone. thanks to danny williams, i discovered grooveshark, a super cool online music source. so far i’ve made playlists for ELO, roots reggae, and songs for my wife, jenny (marc broussard, kid rock, supertramp, etc.). we have a transmitter hooked up to the computer at our house so we can broadcast to all the indoor radios, and at work the computer is hooked up to the sound system.
i love technology. 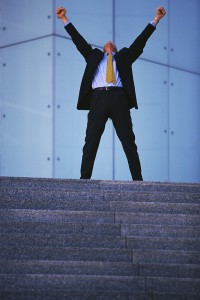 i just changed an audio plugin that lets me/you/everyone play, pause, and/or download all the mp3′s on this blog. i installed half a dozen ones that didn’t work before finding the perfect one. i am so jazzed about this that i explained it to my wife… who was happy, but not as thrilled as i was.

a homer’s customer was wearing a vintage batman t-shirt today, and it made me think of all the times i heard burt ward say “holy (random choice of words)!”

ps – on a separate note, i’m aware that the embedded mp3′s are acting weird (sometimes two start at the same time). i’ve got a repair man looking into it. 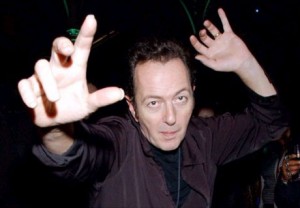 the third installment of dr. sleepwalk and captain fuzzbot’s replay locomotive is HERE! on the podcast/show, danny and i talk about cyndi lauper, debbie harry, joe strummer, and a handful of classic rock bands that influenced us.
show 3 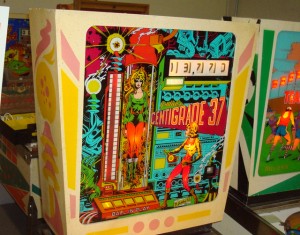 had some free time this afternoon to be part of a pinball tournament at thunderball amusements. i played against grady in my first match on centigrade. he beat me 2 out of 3 games. then i went on to the ‘loser’ bracket and played nick on fast draw. lost that one too. oh well. i made some new friends.