The Not So Great Escape 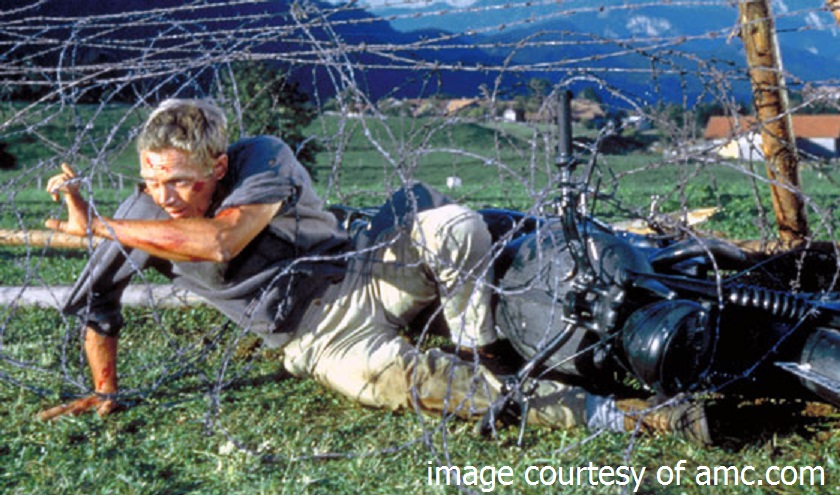 “when the sun came up, and the snow finally melted, i was glad to see their lifeless forms exposed in the daylight”— this is the ending to a story that began monday morning. i was scraping snow and ice off of jenny’s car when my keys fell out of my pocket. i didn’t realize it until 15 minutes later & by then i only knew they were somewhere in the driveway. i didn’t have time to do a search and rescue, so i just grabbed a spare truck key and left the back door to the house unlocked. later in the day i imagined that my keys reacted to the confines of my pocket the same way an inmate reacts to reality of imprisonment: there’s a desperate desire to escape and be free. 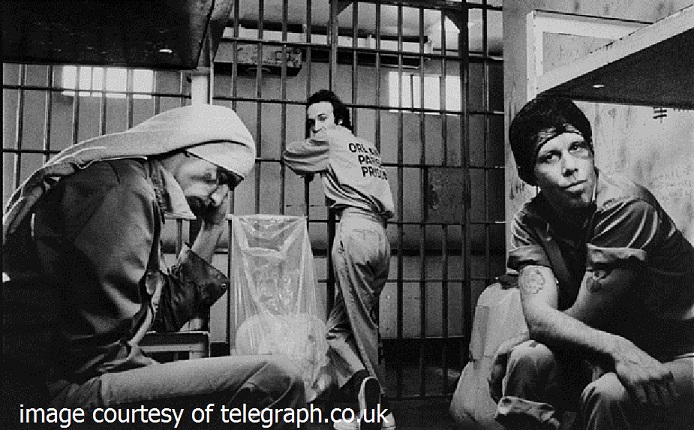 in my mind, the keys hatched a flimsy plan that depended on chance and gravity. they took the chance that there would be a distraction (snow), and they were hoping that the pocket that usually detained them would finally come unraveled so they could fall to the ground (it did). while the keys were missing, there were sirens, horns, and dogs in action, but i knew there was really no point looking until the snow melted. 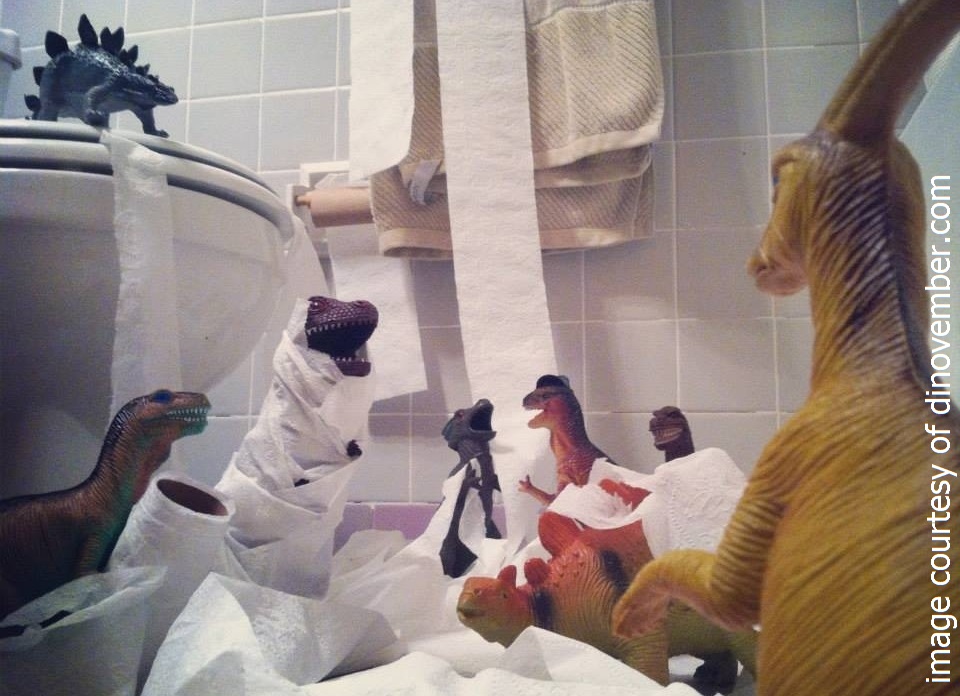 no bathroom is safe when there are plastic dinosaurs in the house. hey folks, it’s dinovember! it’s that time of year when refe and susan tuma deliberately trash their home for one month & blame it on dinosaurs! they have been doing this since 2012 for their children, and i personally think it’s awesome. last week their 10-year-old pitted battlesaurs against battlebots and posted these pics on the dinovember facebook page: 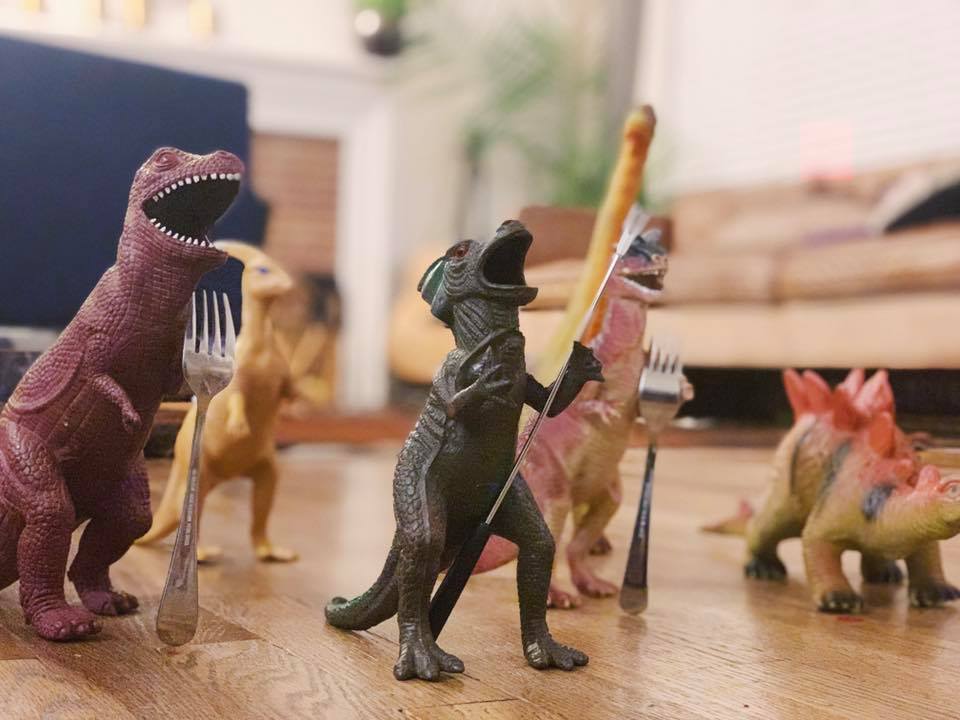 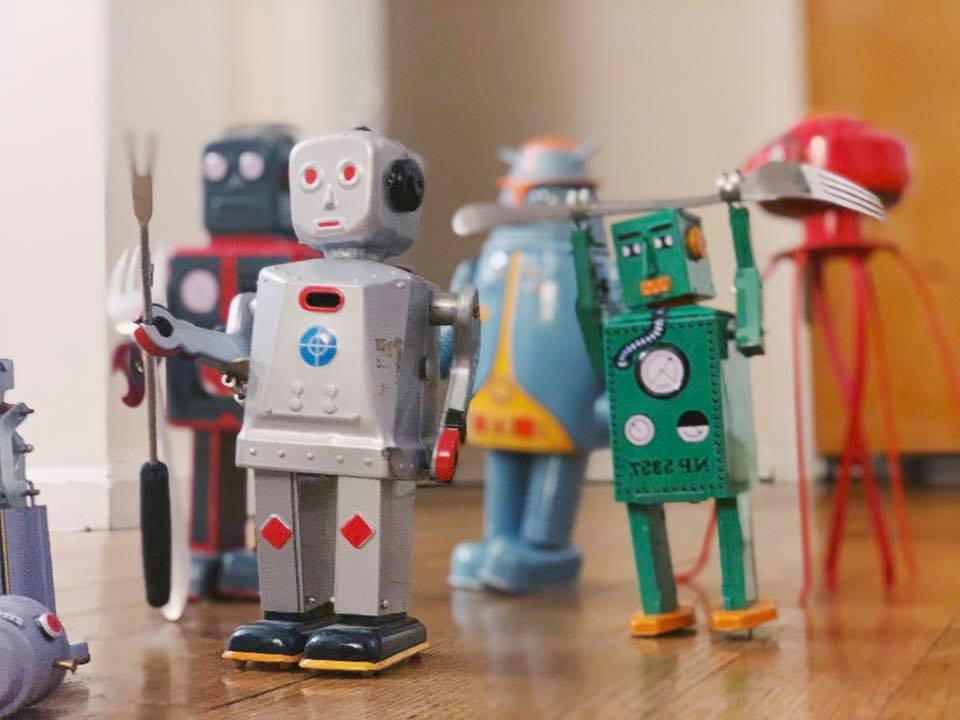 more info in refe, susan, and dinovember can be found on their website.

there are no x-wing fighters, lightsabers or heavy breathing dark masters of the jedi in curtis, nebraska (sigh) BUT yesterday, zeke & i found something that resembled R2D2. it was a well pump geocache that marked a historical site: the first irrigation well drilled in frontier county. back in 1946 they couldn’t go deeper than 80 feet due to the sandstone. the current well goes 180 feet. i took a little plastic pterodactyl, left a banjo string, and signed the log.

‘Twas The Night Before Thanksgiving 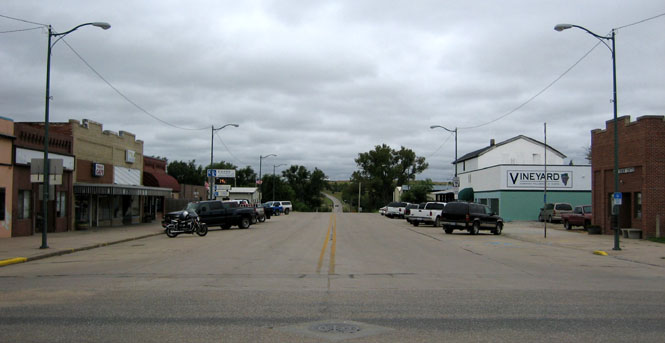 the ghost train ran through curtis last night– or the railroad crossing lights could have been malfunctioning. either way, i was out walking with my brother-in-law steve in my wife’s hometown last night when we heard the familiar sounds that go off at a train intersection. when we got closer to the tracks, we saw the red crossing lights flashing in time with the warning bells. “there hasn’t been a train come through town in years,” steve said. so we walked up to the sheriff’s office to make sure they knew what was going on. as we walked in steve said, “you might already know about this but–” and the officer on duty said, “the train lights? yeah we know.” as we stood there laughing & making small talk the officer’s phone started ringing (quacking, actually), and it was somebody else calling about the railroad lights. later i asked steve if this incident would be reported in the local newspaper. he nodded & said “yeah probably!” 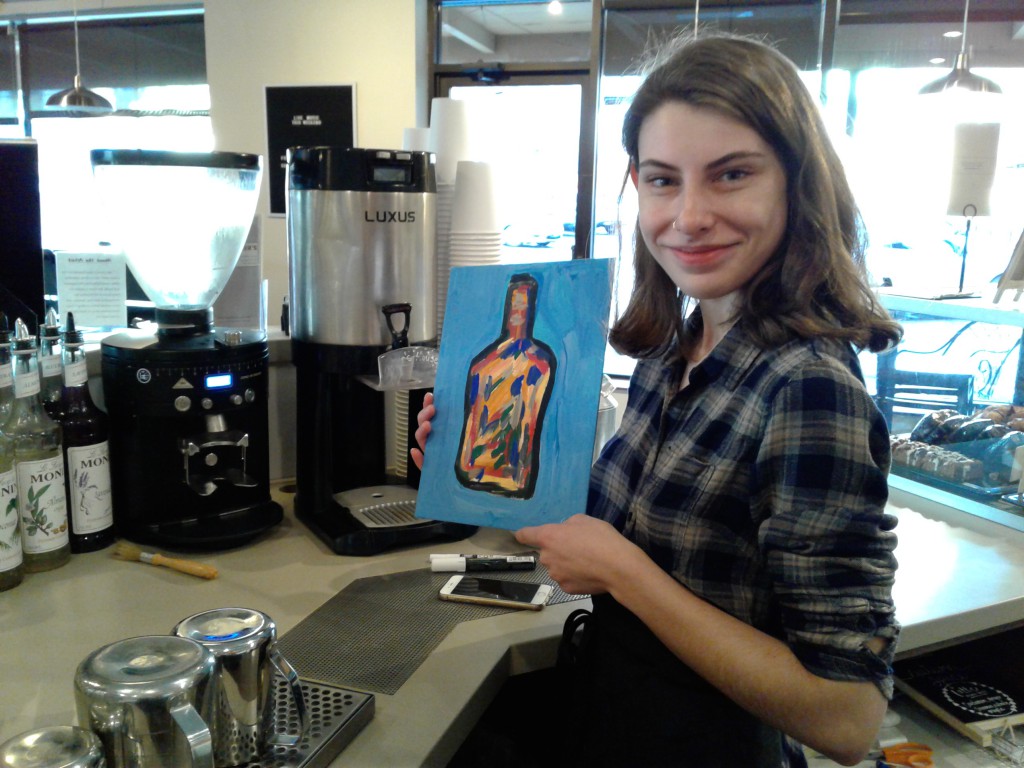 this cool painting by joe dimino was under the register when chloé & i worked our morning shift at homer’s today. people leave stuff at the shop sometimes. we didn’t think anything about it until we read the note on the back: 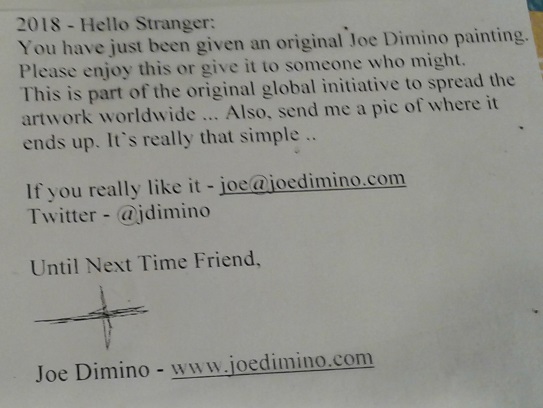 chloé looked up his website & said “hey! this guy is for real! i’m taking this home with me!” how awesome is that??? 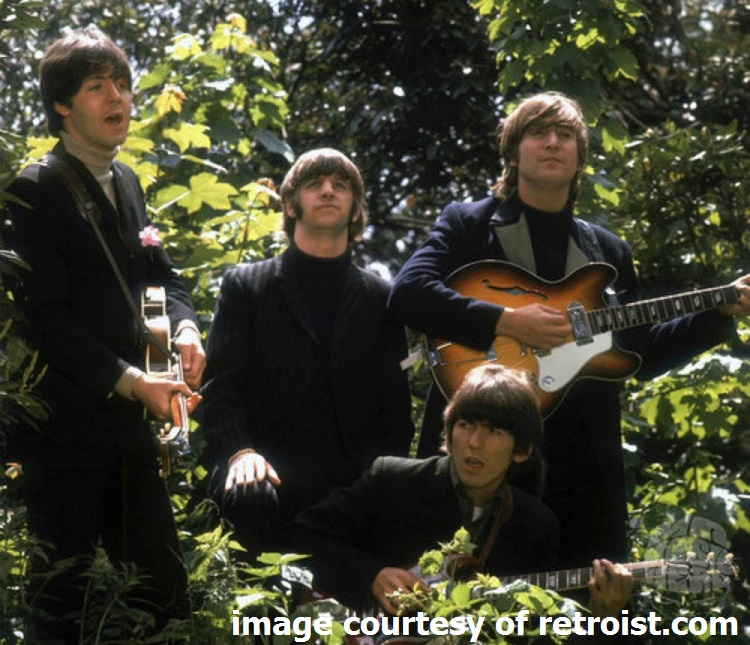 what if the beatles had gone into middle earth instead of a yellow submarine? according to Anything You Can Imagine: Peter Jackson & The Making of Middle-Earth, author ian nathan writes that the beatles actually DID attempt  lord of the rings as a musical adaptation. i read the story on retroist.com, and while it doesn’t reveal why the project didn’t happen, it does remind fans that j.r.r. tolkien was still alive in 1968, and held the film rights to lord of the rings. 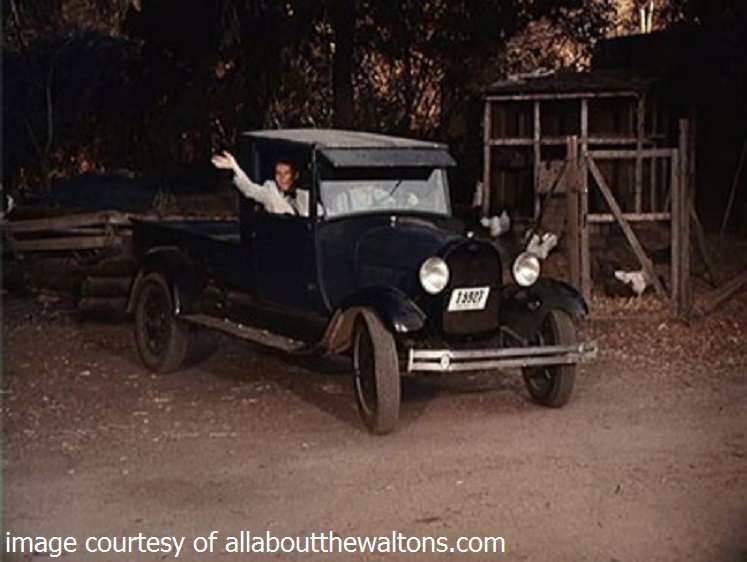 at homer’s we’ve developed some code names to let each other know when we have to go to the bathroom. there are usually two co-workers on a shift. if one of us has to (ahem!) “do business,” it’s good to let the other one know so he/she can keep an eye on the register. the code is the same for customers that disappear after ordering: guys are john boy, girls are loo lou. on last tuesday’s shift, i told abigail (my co-worker) “i’m john boy,” and i headed for the men’s room. she said, “ok… john boyage!” when she goes “loo lou” next week, i’ll say “tootle loo!” — if i can remember.

this post was originally titled Wordy McWorderson, but if you take the band names in the first sign & rearrange them to form the band names in the second sign, you get the deranged genius of brad williams. i was messing with the LIVE MUSIC sign at homer’s a couple of weeks ago & posting it on instagram & facebook. brad is a friend on facebook who co-hosts my favorite 80′s podcast. after i made a couple of anagrams, he joined in & things just got silly. today i found out that a civet is “a small, lithe-bodied, mostly nocturnal mammal.”

it all started when christy texted & called me about the poppies at the liberty memorial. ironically i was at mickey’s surplus (an army surplus store) when she told me about this visually stunning tribute to veterans. last night jenny & i were part of a crowd that watched poppies part like a curtain as a short film about the first world war projected on the north side of the liberty memorial. it felt like we were watching someone else’s memories.

it slices! it dices! it can make an E minor chord sound like a space invasion! say hello to the UNO synth! it’s not just a word you say when you’re holding one card, it’s a monophonic synthesizer that has adjustable scales, multiple controls, and an arpeggiator!!! this is something i recorded right before jenny came home from work. the four note sequence on the UNO is E G B C. once that got going at 78 beats per minute i just started playing some chords on the guitar.