InspiroBot To The Rescue 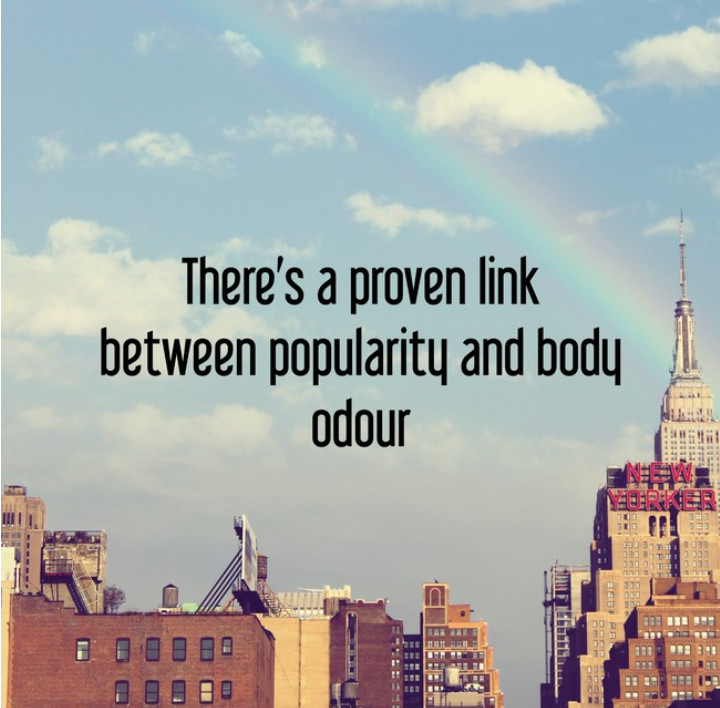 Yesterday one of my dry humored friends was telling me about de-motivational posters that crack him up. They are the sort of posters that encourage someone to embrace mediocrity instead of aiming higher. While I agreed it was funny, I also thought it was depressing– so I nodded, smiled politely, and showed him InspiroBot images like the one above. He said “I don’t get it.” I tried to tell him that sometimes there’s nothing to “get,” there’s just some dissected random bits of inspiration juxtaposed to stock photos. I haven’t blogged about this since last winter. When the days get shorter and optimism get darker, I’d rather get weirder.

Progress On The Epilogue Cabin 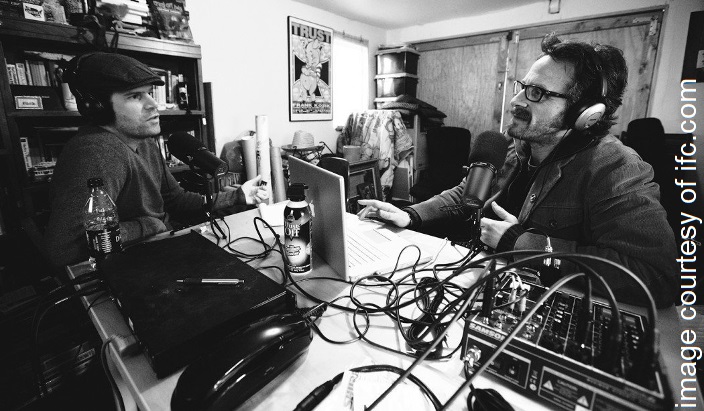 One month ago I posted that work is underway on my latest project, THE EPILOGUE CABIN. There’s no hammering, sawing, or cursing at the moment but three interviews have been recorded, three more guests have agreed to be on the show, and my living room is resembling a recording studio minus the ON AIR sign. The first show is expected to go up before Christmas.

Two Nebraskans In The Holy Land 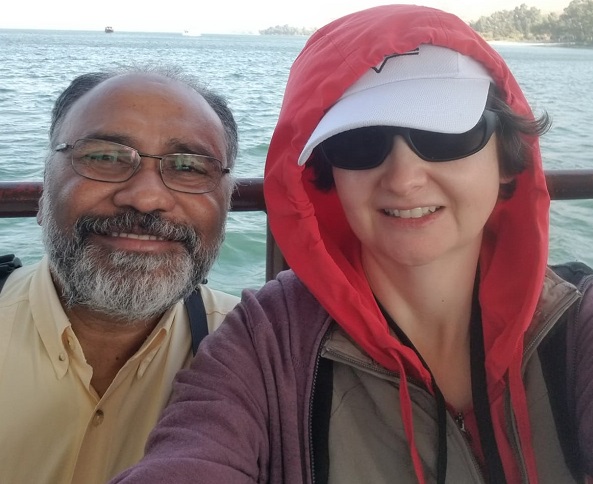 Two people taking a selfie on a boat tour. I know that’s what it looks like on the surface. This is actually something of greater importance though– it’s Dhruba and Andi on the Sea of Galilee! They are floating where Jesus walked!!! Andi has been sending us pics like these for a week now. They have been in Jerusalem most of that time enjoying the sights, sounds, and food around them. We just got off the phone with her a few minutes ago. They went floating in the Dead Sea earlier today, and were returning to their hotel.Oh hang on… the phone’s ringing again– it’s Andi! 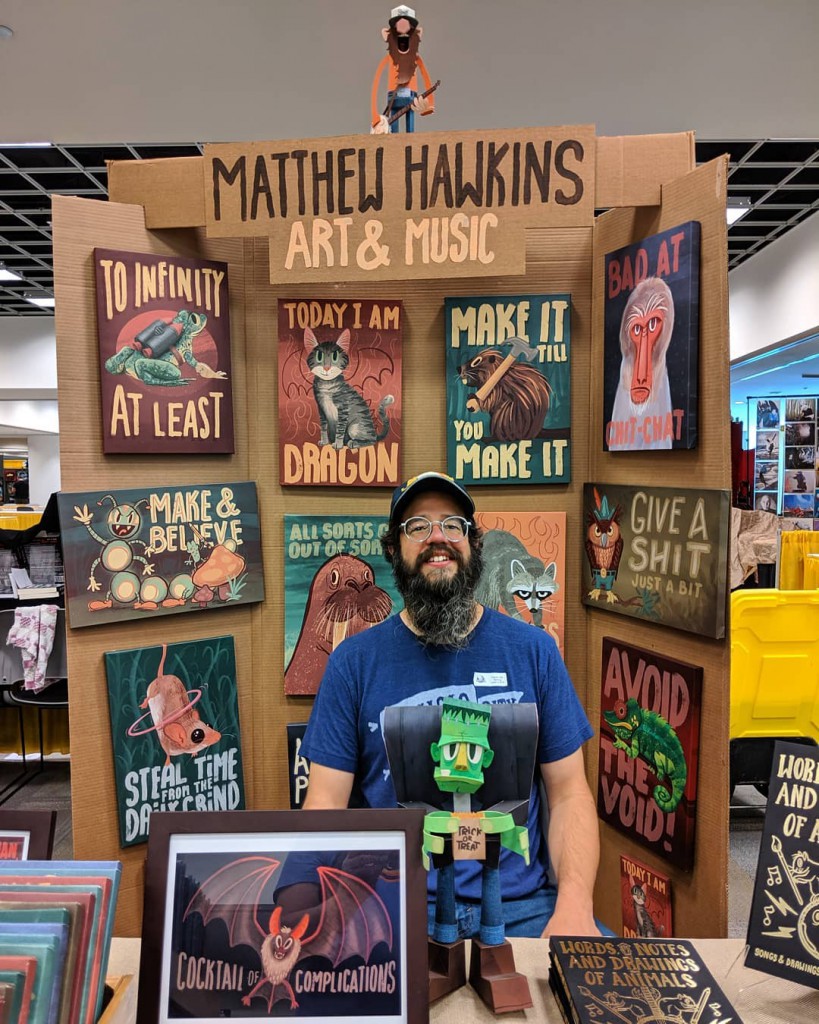 My friend Matt Hawkins has been described as “a paper-toy-making, toy-designing, illustrating, banjo-picking, incessant doodler working away in an attic in Kansas City.” His latest production is Words, Notes, and Drawings of Animals, a book that has all 3– plus a CD and a sticker! I listened to the CD while I did the dishes yesterday, it was great! I’m not sure where I’m gonna put the sticker. To see more stuff that Matt makes go here.

Free Beer At The Sausage Stand! 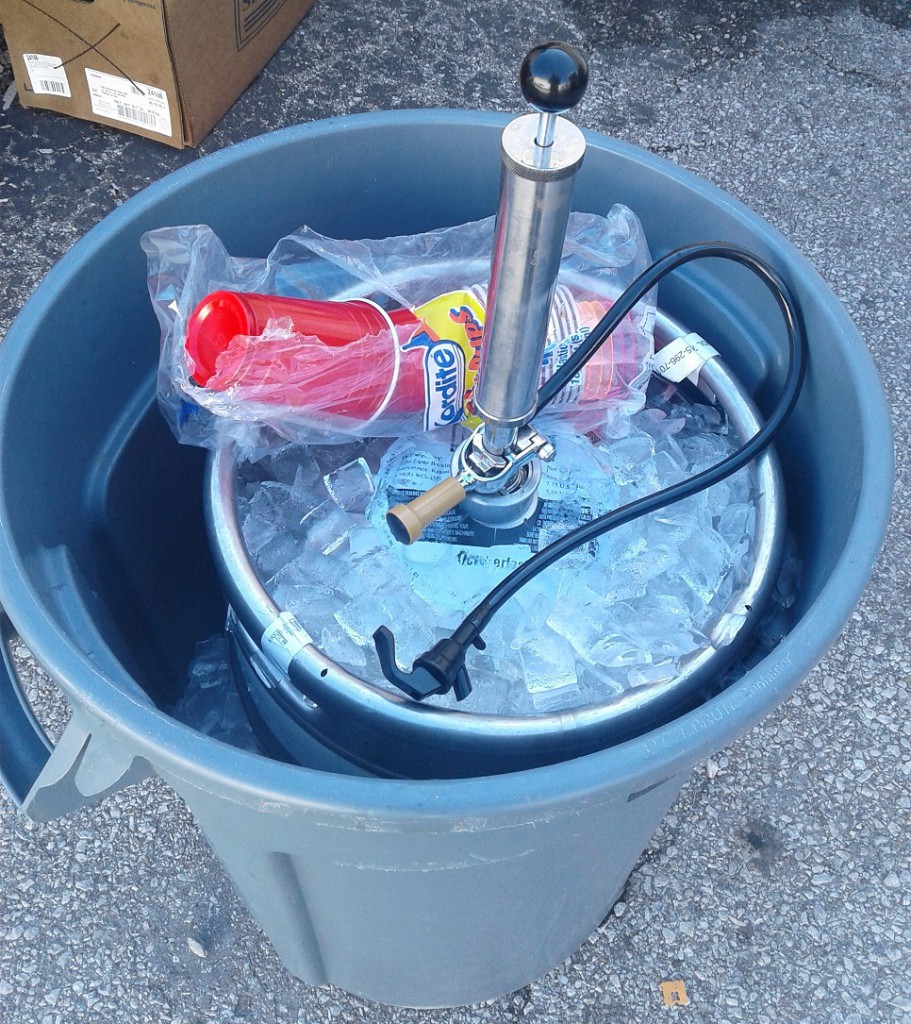 Life is funny. Things can go one way and then detour to go another way. A coin gets tossed and a choice is made. Hands make fists and someone says “eeny meeny meiny mo.” Hunter S. Thompson found Doomed Love at the Taco Stand, and I found free beer at the sausage stand! I wasn’t even looking for it! It happened last Saturday when I drove to Werner’s to grab some lunch. Tom was grilling sausages, and said “there’s a self serve keg behind the food truck.” They were celebrating an anniversary, but I can’t remember what it was. I was too busy enjoying my good fortune! 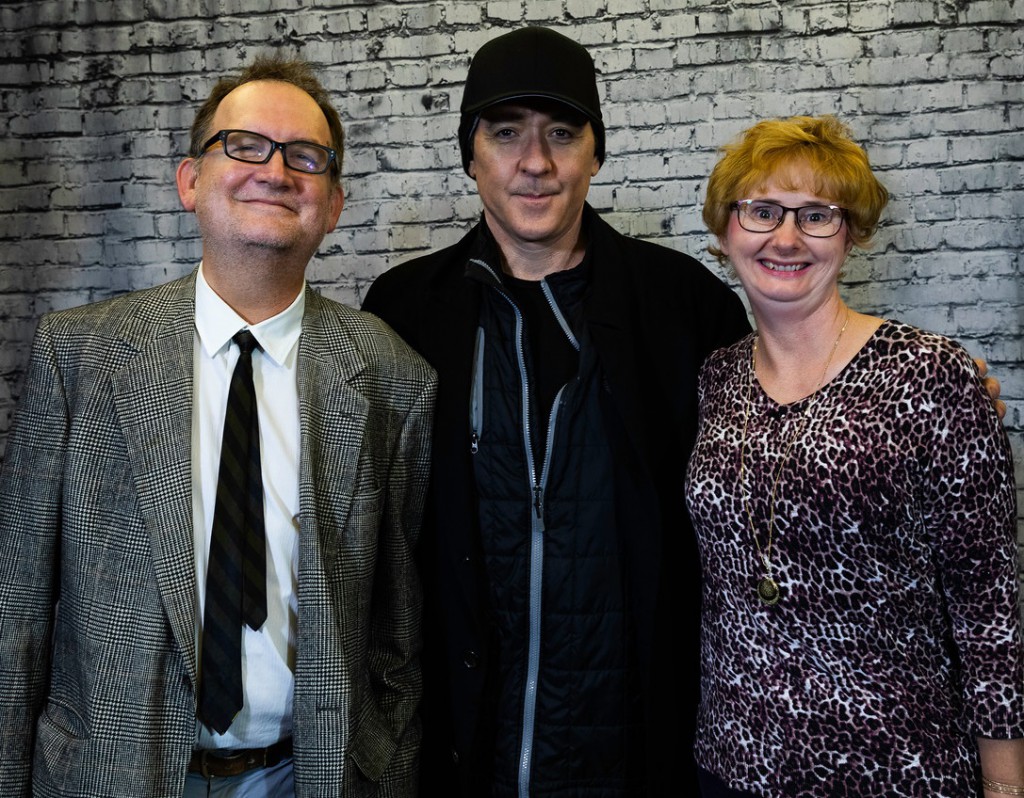 I shook hands with one of my favorite actors last Friday night. 30 years ago John Cusack played Lloyd Dobler in the movie, Say Anything. He was the guy who didn’t want to buy anything, sell anything, or process anything for a career, he just wanted to date Diane Court (Ione Skye), and be a kickboxer. Cusack came to Kansas City for a 30th anniversary screening of Say Anything. During the Q & A session that followed the movie we found out that he actually learned how to kickbox for his role, and he’s still kickboxing today. 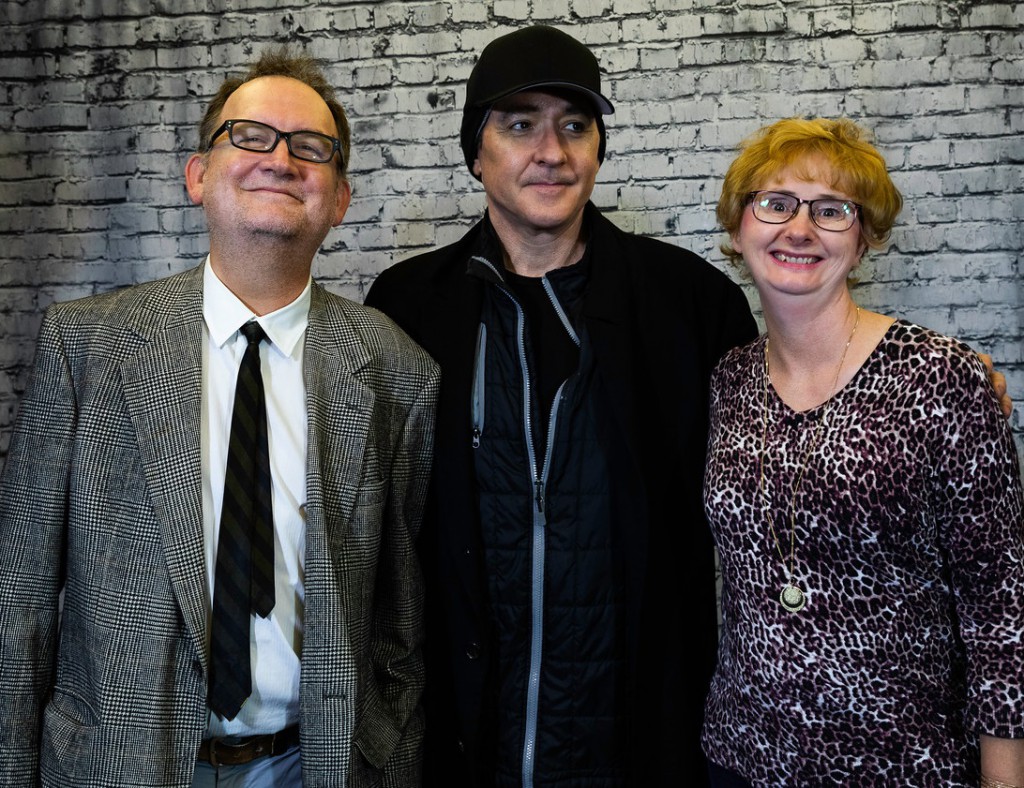 It was fun to watch the movie with other fans who cheered, laughed, and clapped at all the right parts. When it was time for the audience to ask questions, I got behind one of the microphones and asked how his character might evolve in a sequel… has Lloyd Dobler changed or stayed the same since 1989? I felt super conspicuous. I had taken off my blazer & I was dressed like Lloyd in one of the scenes from the movie: 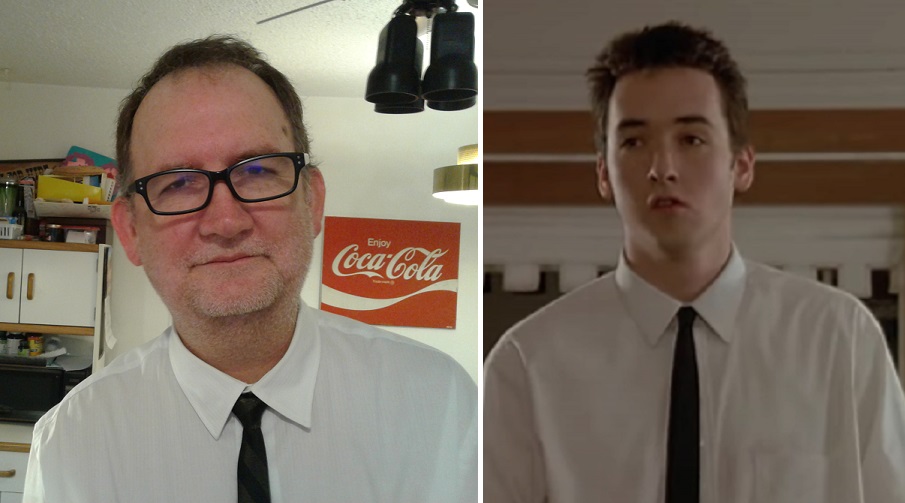 Cusack didn’t seem to notice the similarity, and he really didn’t have an answer to my question except for saying “I don’t know… I don’t do sequels. They would probably get somebody else to play that part.” 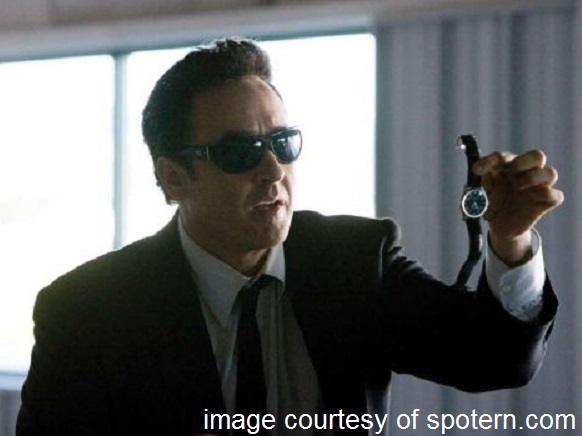 Two and a half hours to showtime… then Q & A… then Jenny & I will use our VIP tickets to have our pictures taken with JOHN CUSACK!!!!