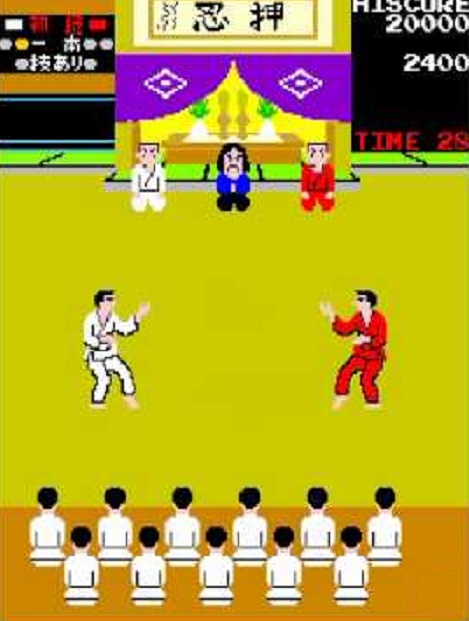 It’s been a really long time since I’ve hung out at Tapcade in KC. I used to go there mostly on Fridays to scratch my video game itch. Since Hoovie gave me an arcade machine, I’ve just been hanging out at home finding and playing new old games like Karate Champ (pic above). Actually the one that works on my machine is the Japanese version called Karate Dou. I don’t understand the audio, but I know when it’s time to fight. Last night I stayed up practicing my gut punches and roundhouse kicks until the antihistamines took hold.