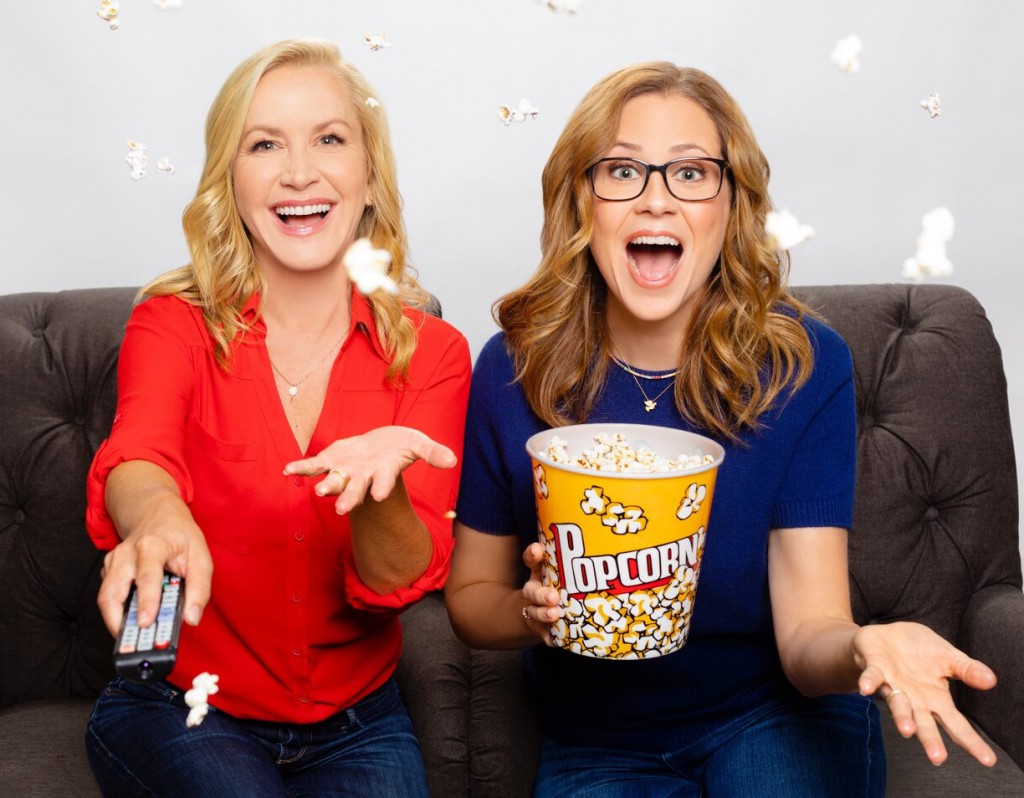 If someone would have told me 40 years ago “you’re really gonna LOOOVE this comedy series about working in an office!” my response would have been  something between a laugh and a smirk– and yet here I am in the year 2020 re-watching episodes of The Office on Netflix, and listening to a podcast called Office Ladies hosted by Angela Kinsey and Jenna Fischer pictured above. They were on the show when it originally aired from 2005-2013, and now they have a podcast where they tell stories about each episode. This show came just in time because my other re-watch podcast, The West Wing Weekly is one episode from being over. Big thanks to Chrisy for telling me about Office Ladies!

3 Responses to A New Re-Watch Podcast