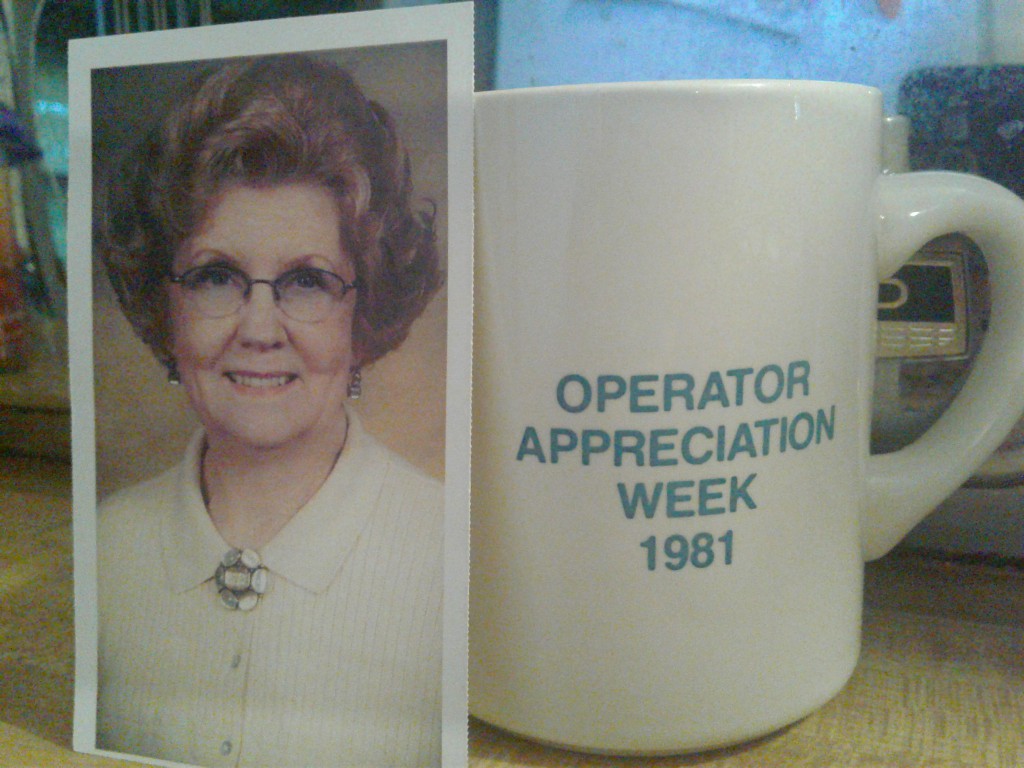 She was a cowboy’s sweetheart and she yodeled right up to the end. Joan Mathis left this world last Saturday night. She was 91. I became friends with her through her oldest son, Jim, who was my first boss at Homer’s Coffeehouse from 2004-2008. She was always smiling and she loved music. She was always there at Homer’s when Jim’s band played, or when my band played. Ironically there were a lot of coffee mugs on display at her funeral. She had collected them over the years. Everyone was encouraged to take one home. I think I got the best one from her work at AT&T.

2 Responses to Our Coffeehouse Godmother