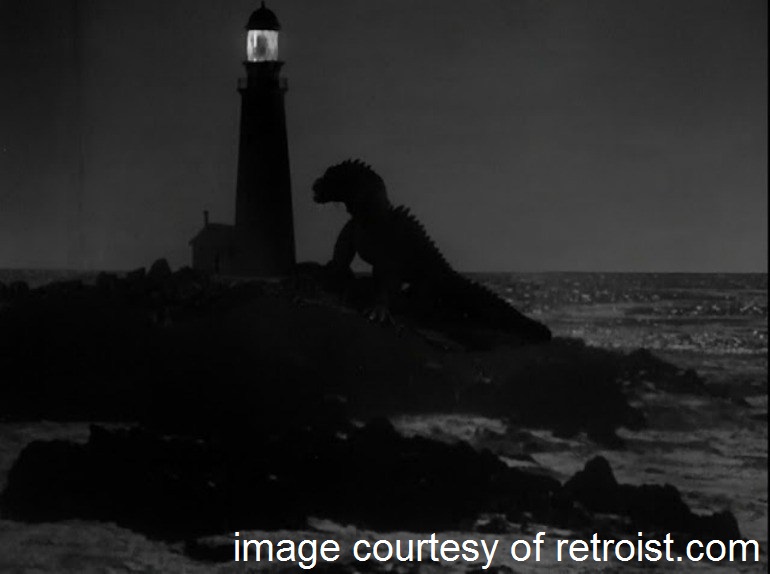 did you hear the one about the prehistoric sea monster and the fog horn? science fiction author ray bradbury wrote that story and MANY more like it in the 1950′s. some screenwriters included it in the movie the beast from 20,000 fathoms without bradbury’s knowledge. the story goes that ray bradbury was friends with stop-motion animator, ray harryhausen who was making the beast in the movie. when bradbury stopped by the studio for a visit he pointed out that the monster that harryhausen was crafting was actually his monster that he created in a story written for the saturday evening post 2 years earlier. bradbury received a healthy financial compensation within days. big thanks to the retroist for posting this story!

2 Responses to Hey, That’s MY Monster!