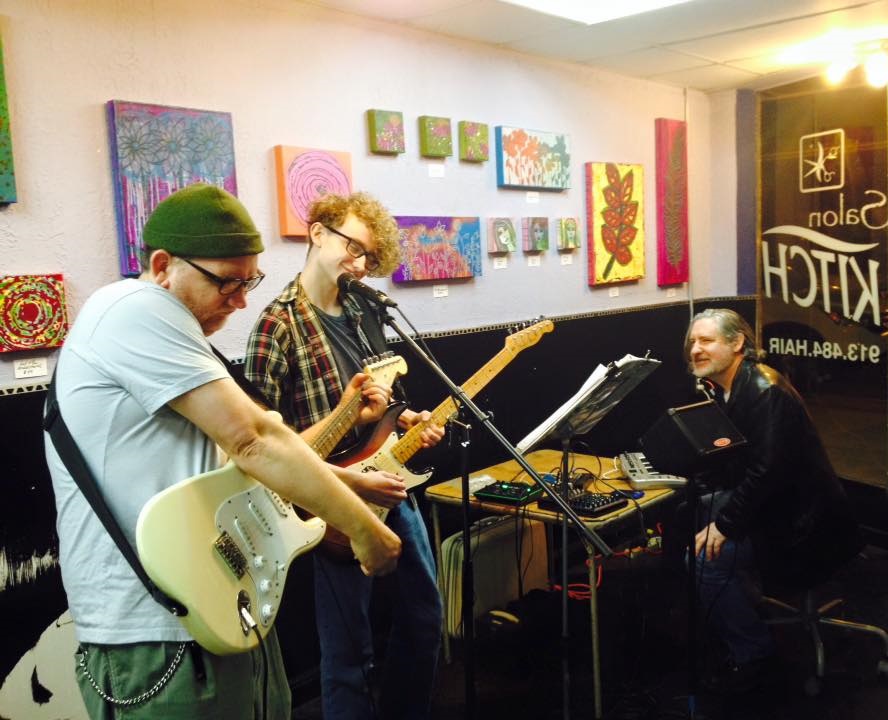 last friday was local life in overland park, and beep goes the weasel returned to salon kitch for penny fairman’s art show. last month we had technical difficulties with the fruit and veggies, so we gave those guys the night off. this time chris, ian, and i were the core band members, and we featured at least a half dozen other participants on the theremin and voice transformer. i told penny this show was gonna be utilitonic because i thought playing without the fruits and veggies would be more stripped down, bare, and “utiliarian,” but having ian on guitar and chris on keyboards actually gave the experience a “full house” feel. i think i’ll still refer to gigs like this where we play without veggies as utilitonic… just because i can.