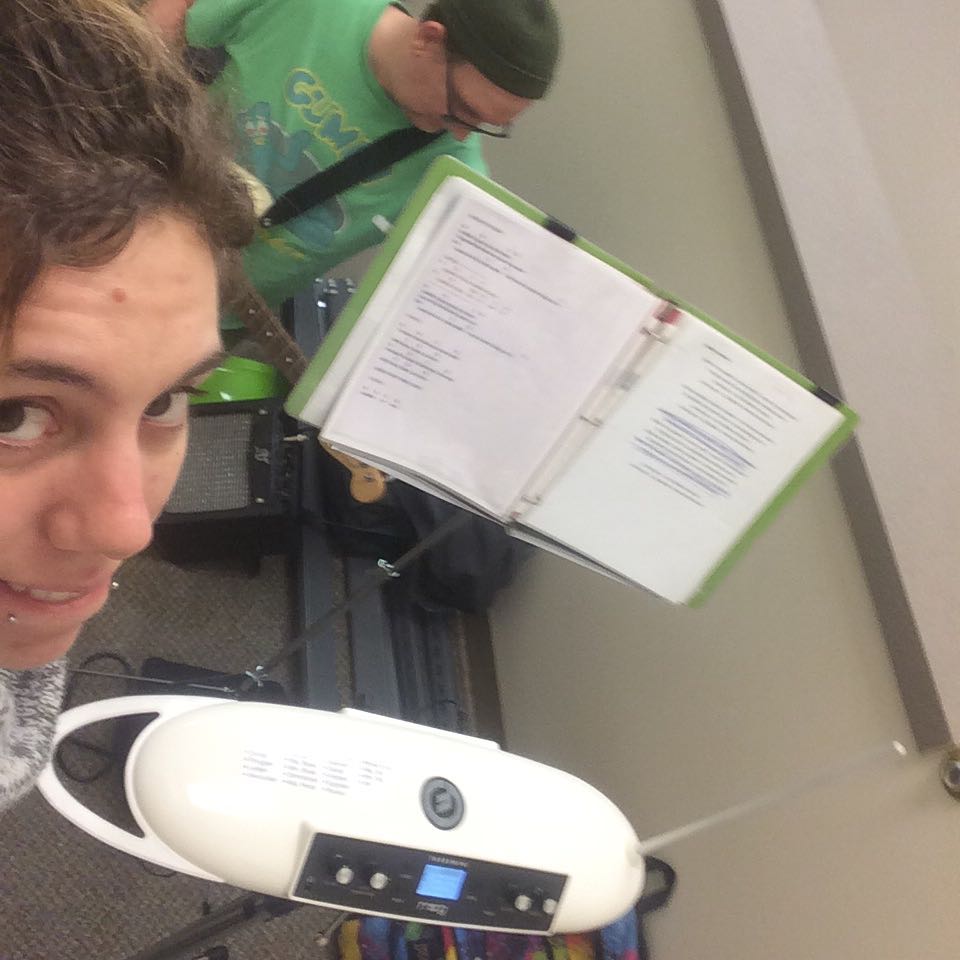 last night angie came over to our house. it had been awhile since jenny and i had seen her. after a few hugs and dinner we got caught up. she told us about her artistic plans for the future, and jenny told her about her new job that starts next week. then angie and i went to IUAH to practice for our upcoming gig at salon kitch next friday. when we arrived, there was a quiet art therapy session going on in close proximity to our studio space, so we moved our gear into a stairwell that was far enough away so our music volume wouldn’t be an issue. i didn’t know angie took this pic until she posted it on facebook.