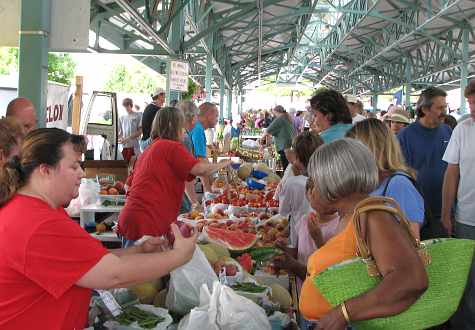 yesterday jenny & i walked to an arts festival and the farmer’s market in old overland park. on our way there we cashed out a coin box that we keep for that type of an occasion. with a little over $20 we had enough money to buy some vegetables to make BLT’s. we also stopped at epg imaging and talked to bryan niezer. he’s married to cyndi, and she used to stop by homer’s with their kids. bryan told us that the city was letting people walk around with open containers of alcohol at the arts festival… apparently that was a first for the state of kansas.

later that night we drove to a campground outside of topeka. it had a pool that reminded me of the one at thunderbird motel where i worked one summer in 1985. we managed to start a campfire before the thunderstorms came. we also found out that gas was 20 cents cheaper in topeka… after we filled up in overland park. this morning we drove back home & called my dad to wish him a happy father’s day.

3 Responses to Last Couple of Days