Egon, Peter, Ray, and Me

die hard ghostbusters fans will take notice of symmetrical book stacking and say, “just like the philadelphia mass turbulence of 1947!” - yeah, that’s a line from the movie. i made a kamikaze trip to 1984 in springfield yesterday. i indulged myself and played old games like elevator action, omega race, sinistar, and mappy– and those were just the games in the basement! there was also the ghostbusters room where slimed books were stacked, threats were painted on the door, and a scary ghost appeared in the mirror if you rang for a desk attendant. 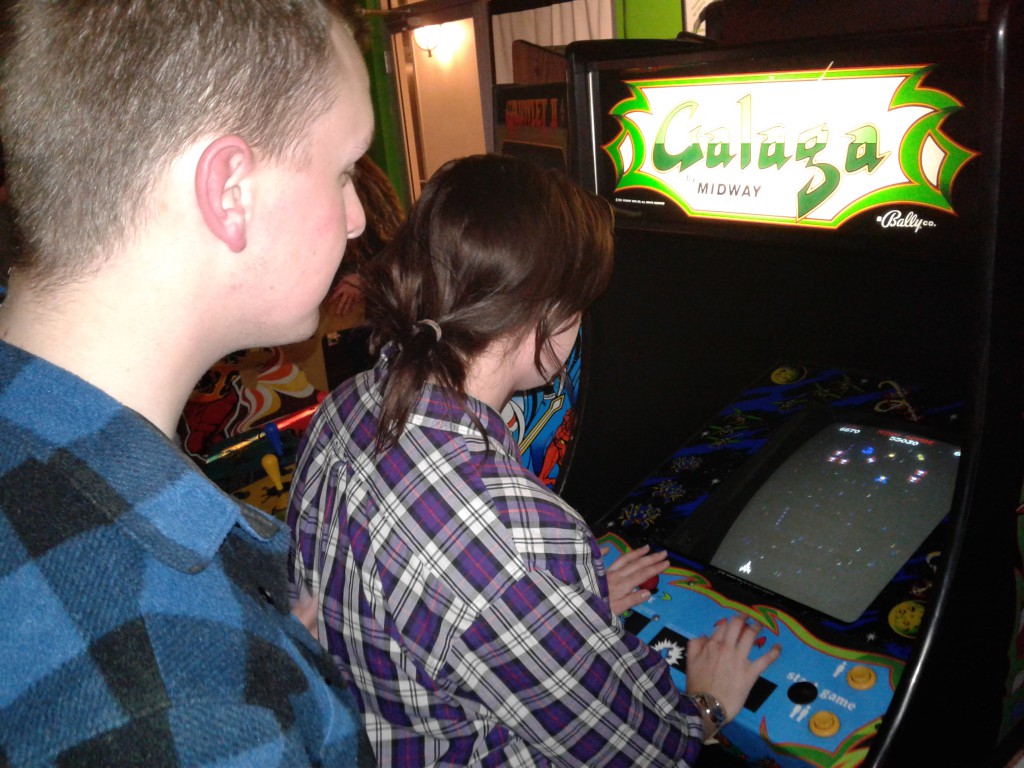 michael geeding and his girlfriend reece showed up after i’d been there for a couple of hours, and we scored pretty good on our favorite games. i’ve known michael’s parents since high school, so he sort of feels like my own kid.

One Response to Egon, Peter, Ray, and Me