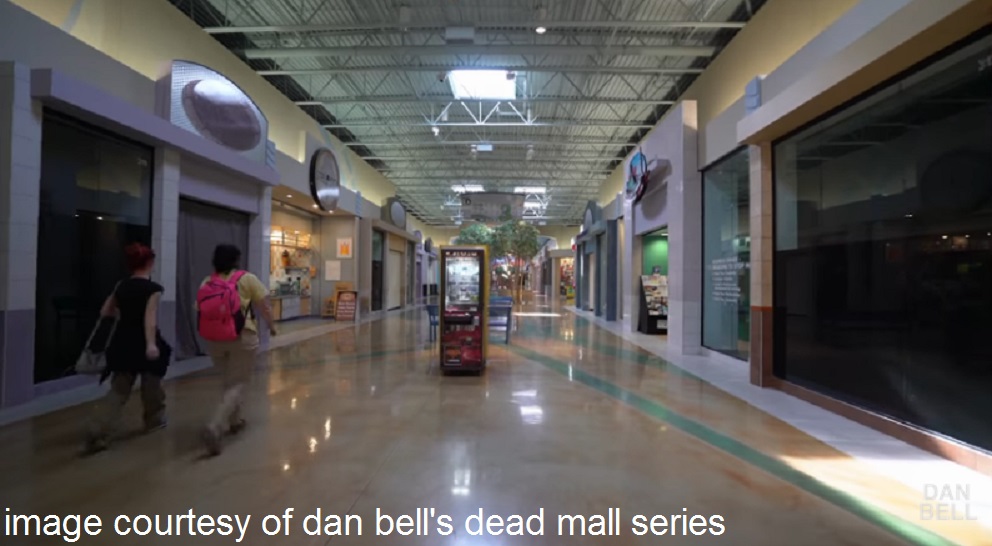 i subscribe to a youtube channel called this is dan bell. one of dan’s playlists is the dead mall series. so far he has posted 39 videos of dead and dying malls in the US. his fascination with this bygone era surpasses my own. despite the sad decay, one of the cooler elements of his video collection are the songs played in the background, as if they are coming through the speakers IN the mall. it’s a music genre known as vaporwave, and these songs have just the kind of sound you would expect from a place trapped in the past: 1980′s-ish electronic synthesized mutant off pitch tunes that should be on a mixtape.

One Response to Dead Mall Music