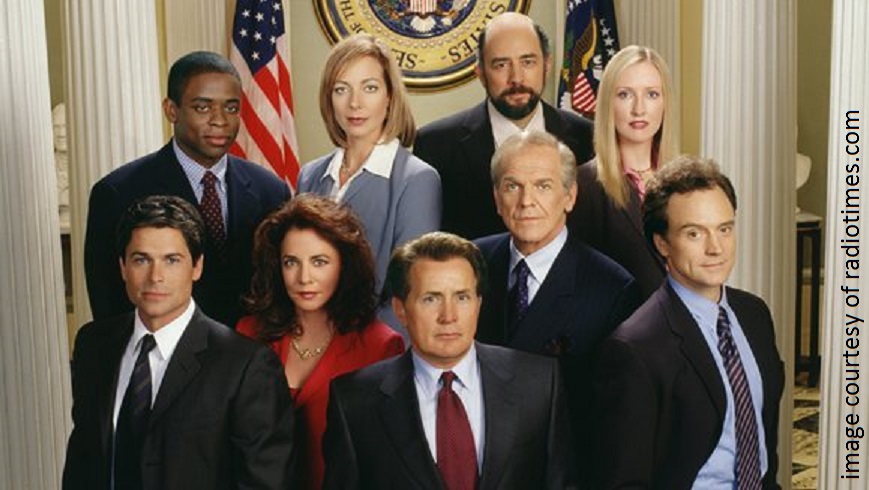 the west wing was a show came out in the late 1990′s starring martin sheen, rob lowe, stockard channing, and a bunch of other cool actors. it’s a political drama that i enjoyed on network tv, and then again on netflix. NOW there’s a podcast about it called the west wing weekly! i listened to the first episode while doing dishes this afternoon. in addition to commenting on the episodes, they also compare the subject matter on the show to what’s going on politically today.