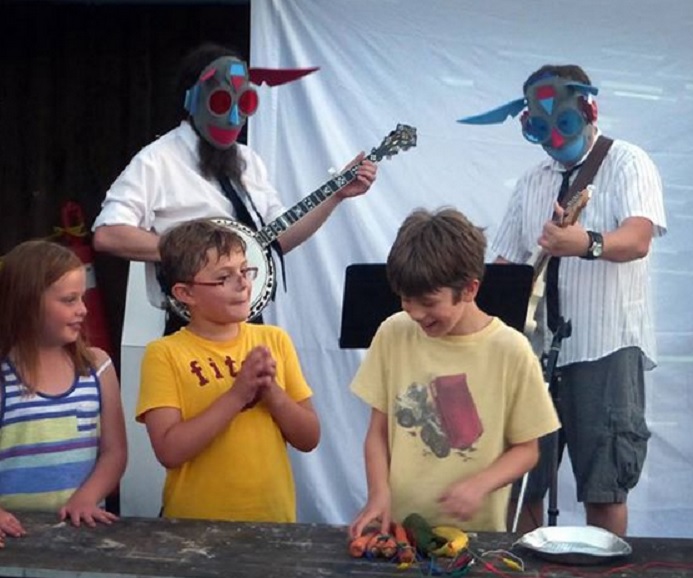 beep goes the weasel has officially launched for the summer! matt, angie, and i set up the veggies, projector, and music gear in front of the snack bar at the boulevard drive in last sunday night. we played before the first and second feature films. our project attracted mostly children. parents stood nearby with cameras to capture the moment. looking forward to our next date on june 29th!