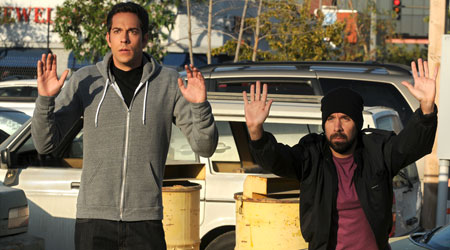 last night jenny & i watched chuck on netflix. it’s an action/comedy series about a computer technician who reluctantly turns into a spy. the episode chuck vs. the anniversary has some great pop culture references: harry dean stanton reprises his role as a repo man, dolph lundgren whispers “i must break you” into someone’s ear, and chuck applies for a job at vandalay industries.