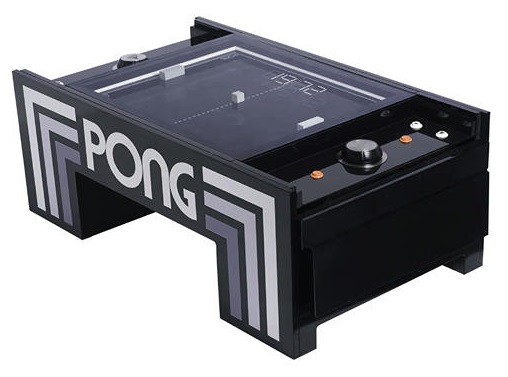 Pong is back. The earliest digital home video game has now “evolved” into an analog horizontal experience. How did this happen? Somebody could see into the future and the past. Somebody beckoned the spirit of this classic game. Somebody stood at the cave where Pong had gone to die and summoned it forth like Lazarus. Now the game is back in the living room with motors, rails, pulleys, and magnets. The score display is also as clock when no one is playing. It’s also a coffee table, USB charging station, and a bluetooth speaker!

His Own Pop Culture Pilgrimage 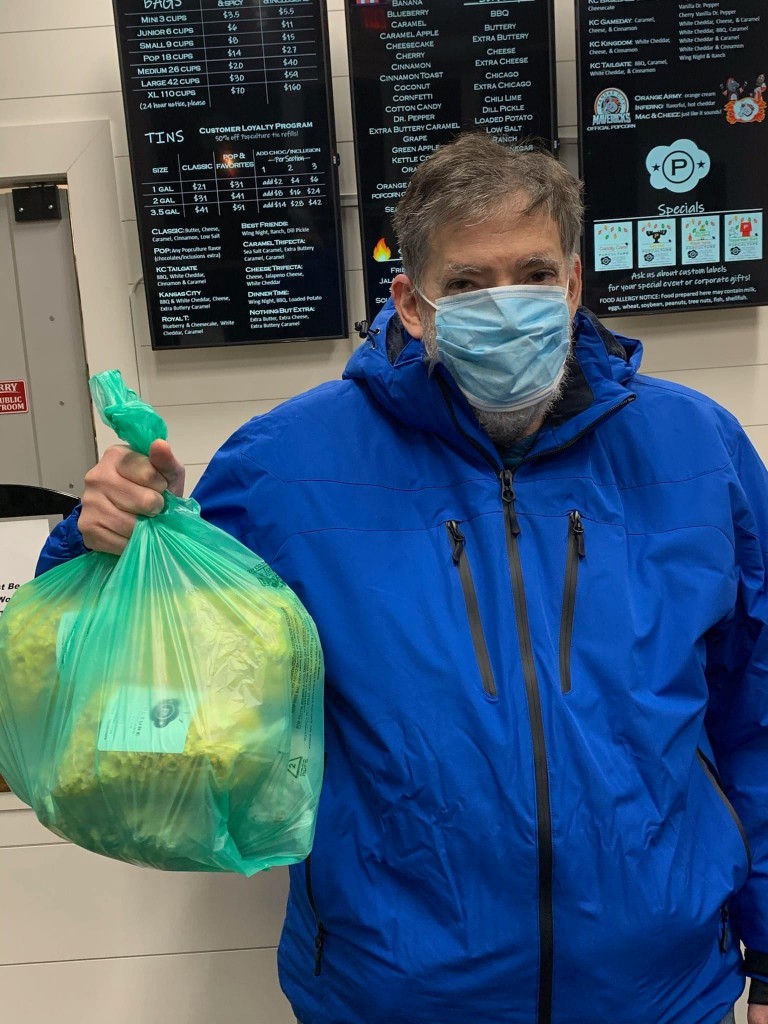 This is my friend, David. His wife Kris sent texted me this photo after they went to Pop Culture based on my recommendation. I told him that I had an out of body experience from eating their sea green coconut popcorn– and I mean that in good way! We’re gonna miss David and Kris. His work is taking them to Minneapolis. I hope they have good popcorn there! In the meantime I’m going to keep trying all the different flavors on that menu board behind David. So far I’ve had the sea green coconut and the green apple… I honestly can’t tell you which one I like better because they are both so good!

We Used To Read To Re-Live 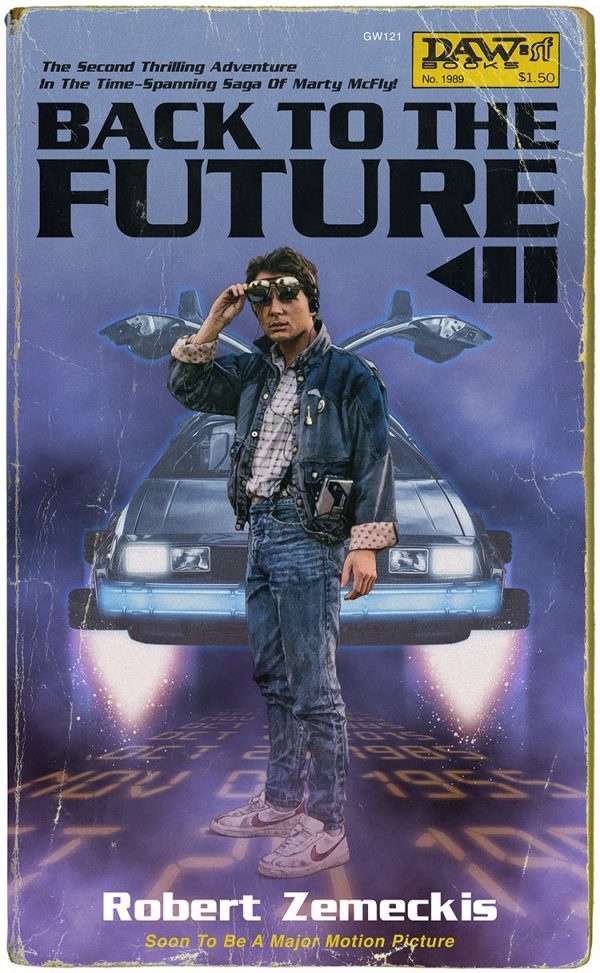 I was listening to 99 Percent Invisible while doing dishes. They were re-playing a show about novelizations. That’s a book version of a movie. It’s the publisher’s goal to get the book out before the movie. This used to be the only way a fan could re-live the movie right after watching it at a theater. Before VHS, DVD’s, and streaming online we had to wait for a TV version– and that could take years. It reminded me that I bought a paperback version of The Empire Strikes Back when I was a teenager. 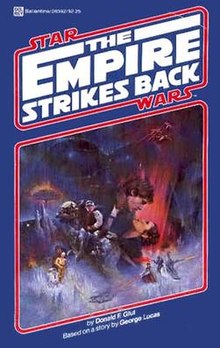 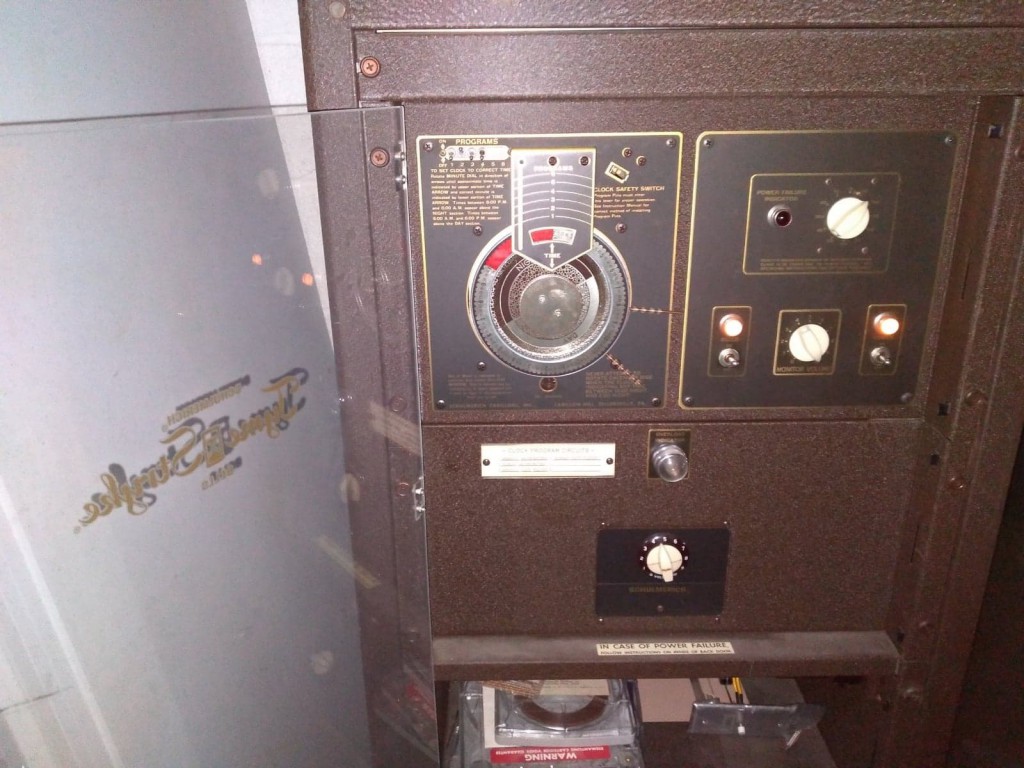 We knew where the controls were, and it would have been so cool to hear a bell ring at midnight. Jenny wanted to ring our church bell last night to bring in 2021 but we were stymied. It didn’t help that there were two police SUV’s in the church parking lot. Jenny said “I feel like we look suspicious,” and I said “only if we act suspicious– keep walking!” We went in the church and found a cabinet with the electrical system hasn’t been used for 15 or 20 years. That’s when the neighbors complained about the bell. I flipped every switch and turned every dial, but we still rolled snake eyes. Then we walked back home and the new year came anyway. 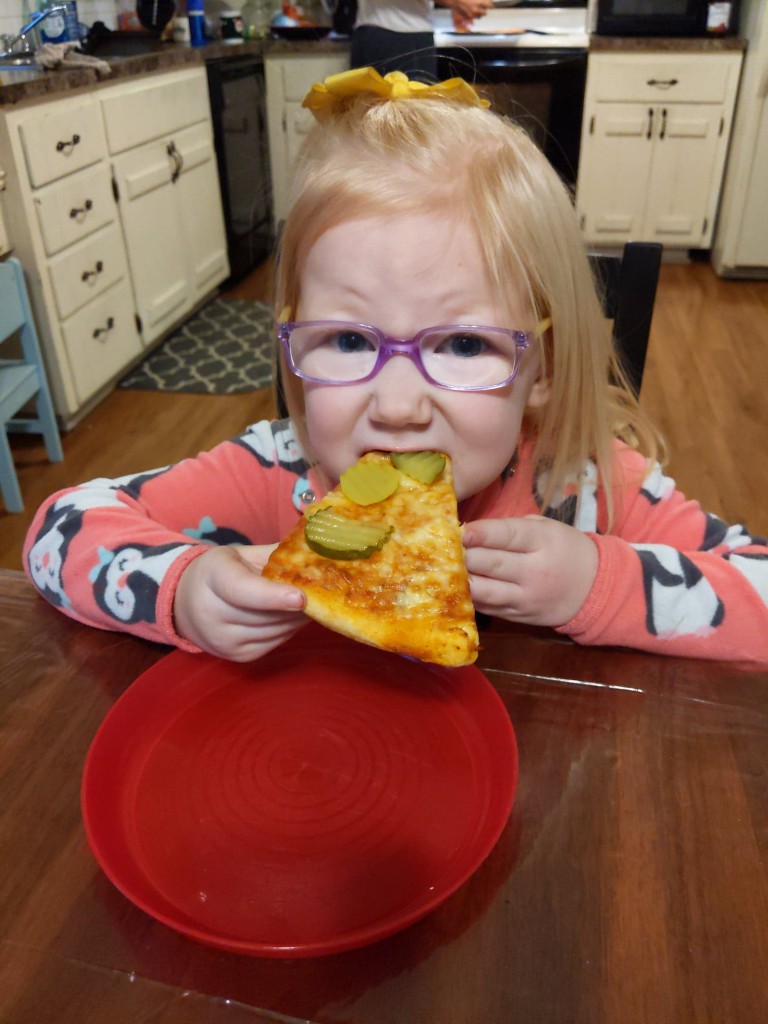 …and pass the pickle pizza please! Katelyn wanted to try pickles on her pizza last night. Her mom said “sure! why not?” The word on the street is that they are better than pepperoni because pickles have less calories and more fiber– but don’t tell the kids that pickle pizza is good for them! Just use a lot of ‘P’ words and turn it into a tongue twister.

Ghost Of Christmas Past 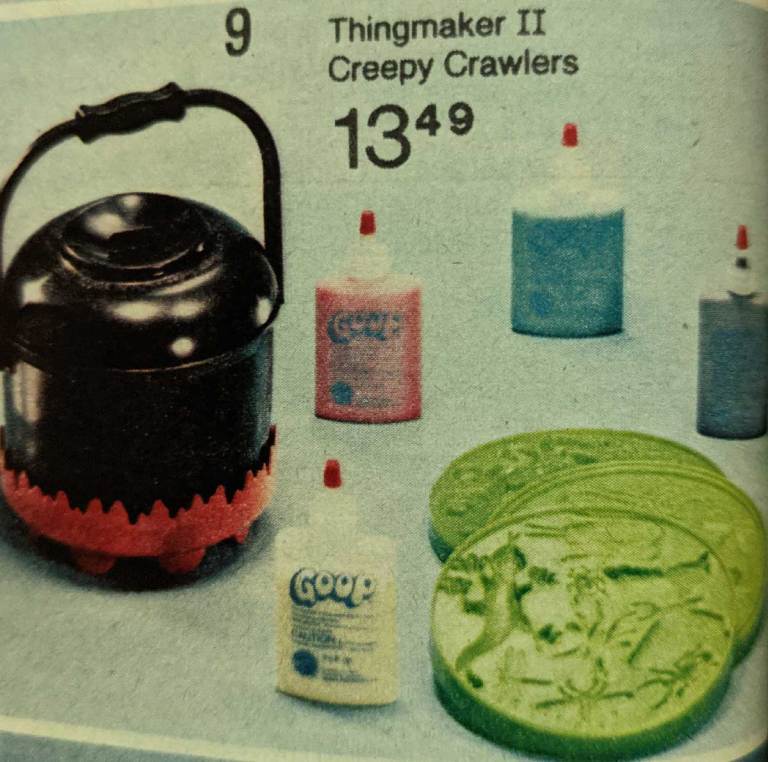 I think I remember this toy. Two days before Christmas the Retroist posted a few pages from the 1979 JCPenney Christmas catalog. Inside there were Shogun Warriors, the Millenium Falcon, and this! It seems like the lizard fell apart pretty quickly. I probably wasn’t too gentle with it. Thankfully the joy of Christmas didn’t primarily depend on how well a toy could hold my interest. The songs my family sang and the memories we made meant more to me. Oh don’t get me wrong, I still expected presents back then– but these days I’m content with what I have. I’m just happy for a few bright spots during the holiday season. 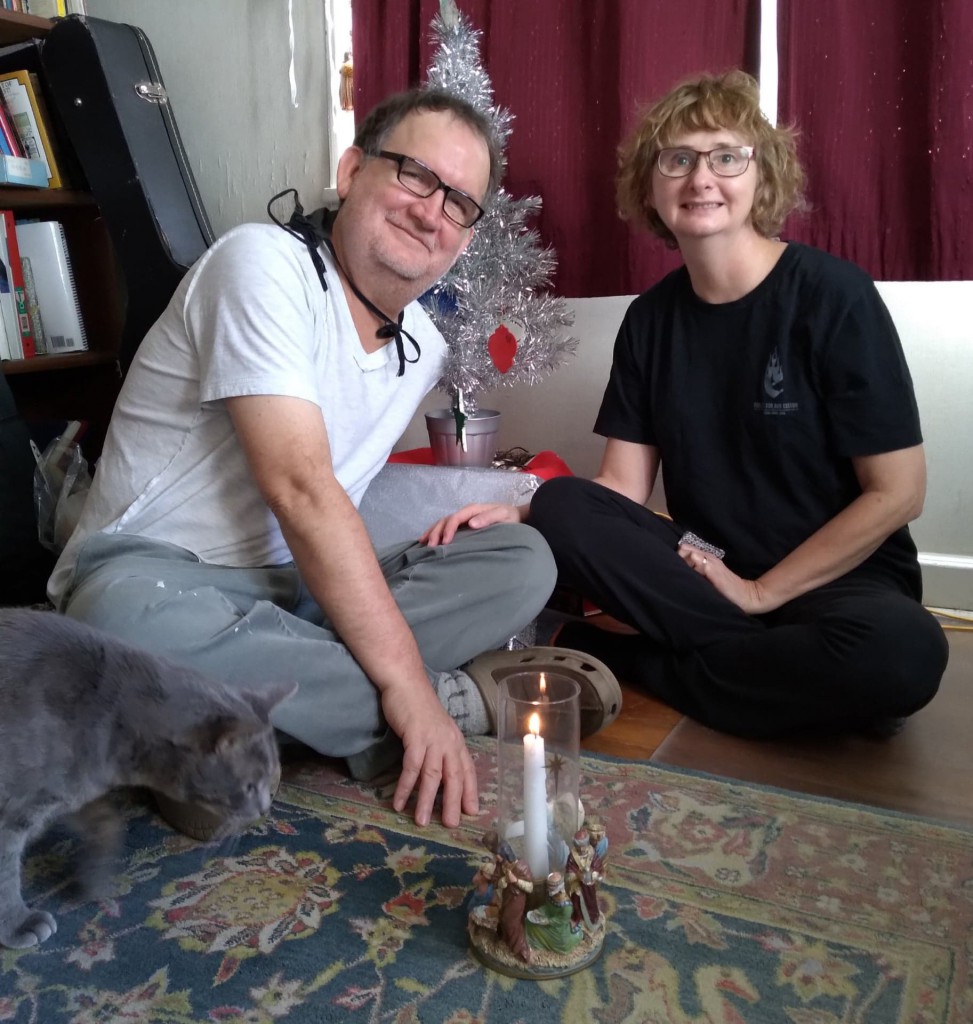 Chris took this picture last week when he was patching a hole in our bathroom. He gave us a Christmas Nativity candle that his mother used to have. Max got curious about it right when he snapped the camera. That’s our little silver Christmas tree behind my head. They used to sell them at K-Mart years ago. K-Mart is gone now, but our tree is still here, and so are we. Merry Christmas!

It is a proven fact: every time Lenny and Squiggy were on Laverne and Shirley they could make me laugh out loud. When I saw this clip from 1976 on YouTube I wondered if the characters played by Michael McKean and David Landers had staying power. I never should have doubted them. 44 years later Lenny and the Squigtones still rock. 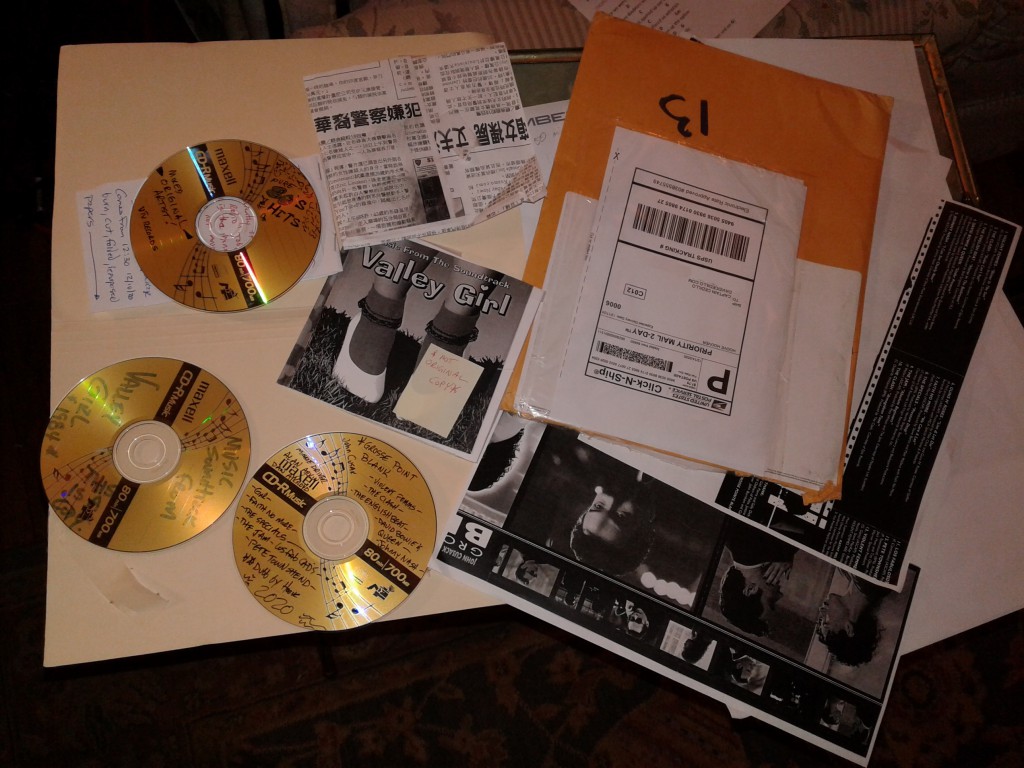 My care package from Hoovie arrived yesterday! Originally I thought he was only sending one soundtrack– but he sent two, and he threw in two more CD’s packed with music from the 80′s! She Blinded Me With Science is playing right now… all I have to do is close my eyes and it’s 1982 at Hoovie’s house and we are watching MTV again. OK, back to the present– there for a few days I didn’t know if Hoovie’s care package was going to make it to my house. He mailed it on the 14th and sent it priority. When it took longer than we both expected, Hoovie texted me: “Hopefully it’s because they picked it up at my house instead of me driving it to them… probably fell behind the driver seat after it slipped out from underneath her ham sandwich… then realizing it was a time sensitive article… she put in Santa’s pile. Ended up at the north pole on accident, was redirected to KC in route to Overland Park central post office… this was probably the delay, should be to you today or tomorrow unless the dog sniffing counterfeit CD dog finds it.” Thanks Hoove! It’s a Christmas miracle! 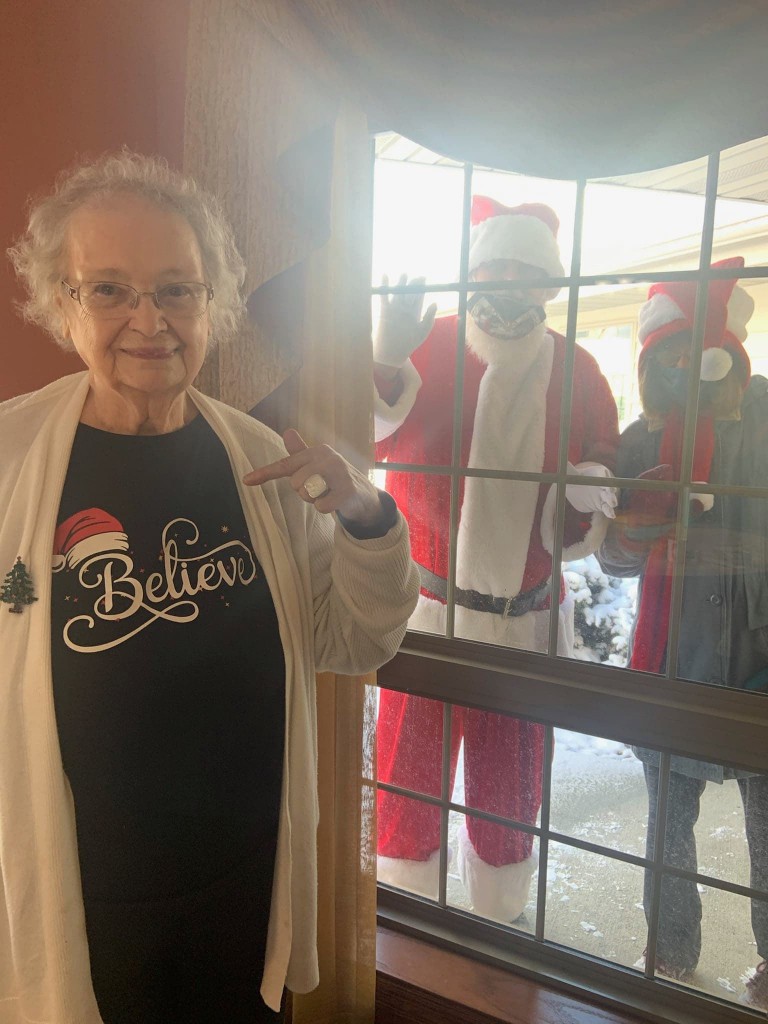 First she could hear sleigh bells in the distance. Then there was the sound of reindeer hooves on the roof, but when Santa couldn’t find the chimney, he just hopped down on the patio! Santa made a special stop to visit Diane’s mother, Thelma recently. It  a socially distanced “Merry Christmas!” There must have been a nearby elf wrapped in cellophane that told Thelma to turn and say ‘cheese.’ I’m not sure who took that picture– but she sure looks happy!