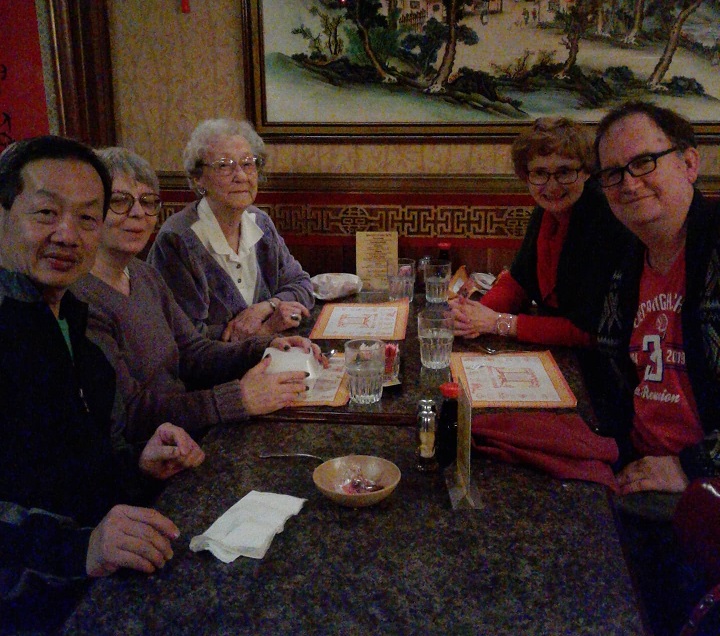 Thursday night we took Evelyn to the Dragon Inn. It was her 90th birthday! Peter (on the far left) has known Evelyn since he was a teenager in the 1970′s. His family runs the Dragon Inn so he covered the tab. Barb (next to Peter) and Jenny planned the whole thing. Later that night we went back to Evelyn’s house to sing happy birthday and eat cake. It took all four of us to hold her down for a birthday spanking. After 90 whacks we were pretty worn out so she didn’t get “one to grow on.”